Summer has arrived – but only in the North Island it seems! Some of those images of snow and rain in the South Island during the week had me wondering if we were in the same country?!

This week is the First Quarter moon phase, so our focus is on our fruiting plants. I figured it was time for some more of the stinky brew on the tomatoes. The potatoes got the tail end of it. 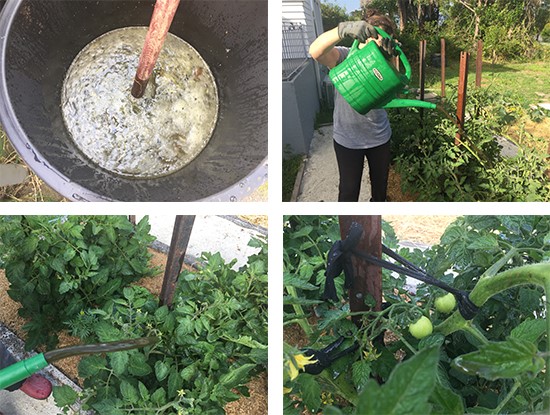 I spared the beans and sweetcorn, but dowsed them in worm tea instead – one step up in refinement! I know that looks like strong tea rather than the weak tea that it should, but there was a bit of soil in it! 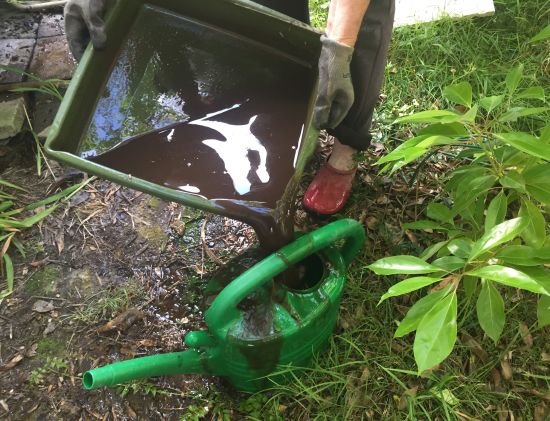 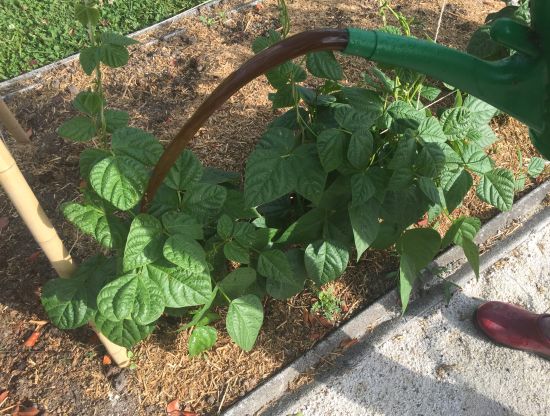 Tomatoes are forming on ‘Moneymaker’ so I did go and get some more netting for the tomato bed, but I think I’ll hold off for a couple of weeks until the Last Quarter or until the fruit colours up. It’s easier to manage the plants without the netting and they still need tying up and having small laterals nipped out.

The birds now have their own patch anyway. Gavin installed the birdbath for them and the beneficial insects, and the borage in the insectary is blooming. 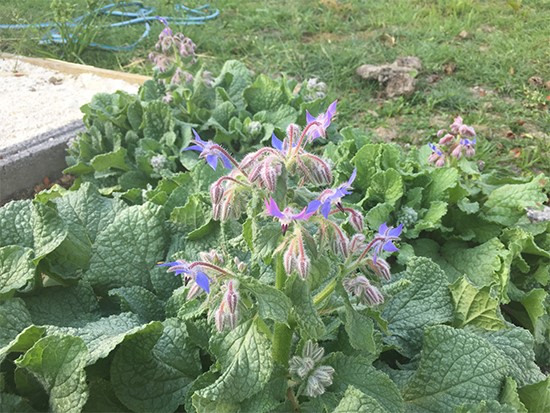 I planted out some zinnias I’d grown from seed near the borage and had a third attempt at phacelia (I just like the softness of it). I might be starting to have an insight into why Rob doesn’t sell it though. This time, like last, I’ve direct sown it into the bed, but I have taken the hoops and netting off the sweetcorn bed (because they’re big enough now) and re-located it to the insectary. Now nothing can disturb the soil. Fingers crossed! 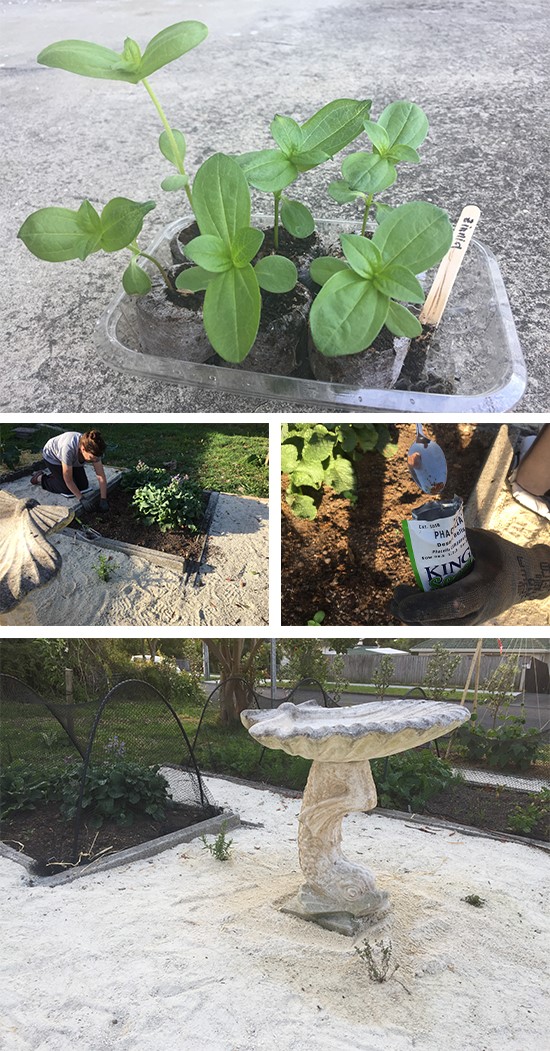 The sweetcorn are developing side shoots which reduce the energy going into the main stalks, so those need to be removed gently. They come off easily. 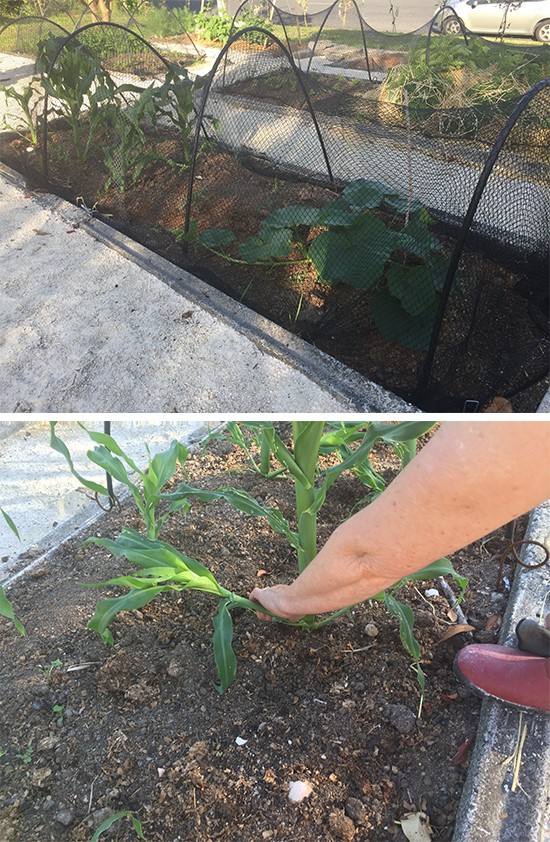 This bed gets a weed, a water, and barley straw is laid around the plants. We then water the straw in to stop it flying away. The pumpkin is starting to trail as is the watermelon. 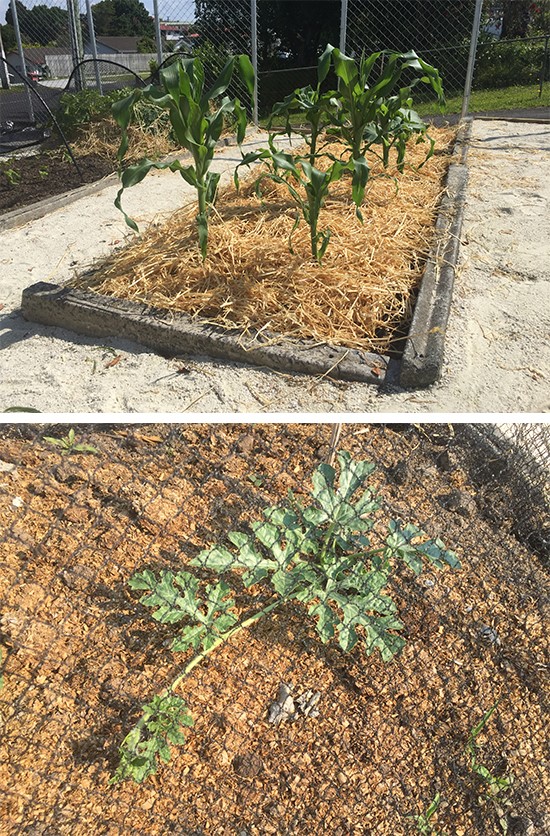 This week a neighbour gave me some okra seedlings she’d grown, so I’ll trial them in the berry-bed-to-be. Okra is a solanum (actually it’s a mallow – thanks to John’s comment below – but it’s best planted like a solanum) so needs gypsum to prevent blossom end rot, along with some chicken manure and rock dust. Everything is watered in well. I haven’t cooked with okra before, but let’s see how I grow okra first! 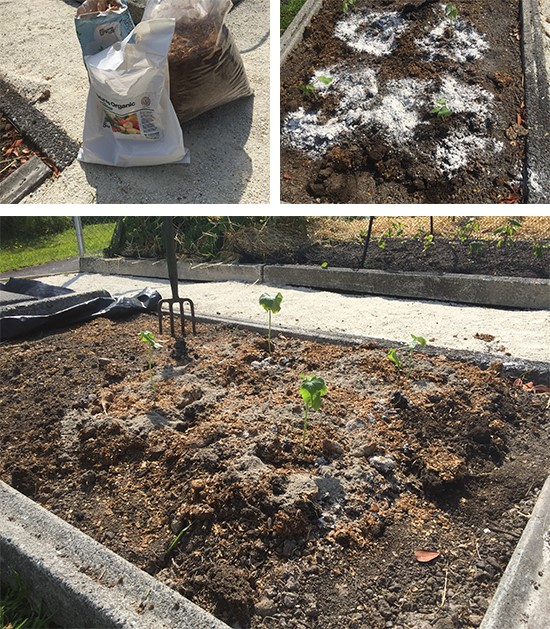 And lastly, this is my first Cos lettuce out of the garden tonight. We only ate the outside leaves but I thought they tasted a bit bitter, probably because they should have been grown more quickly with a bit more water. The inner leaves might be nicer. All good learning though! 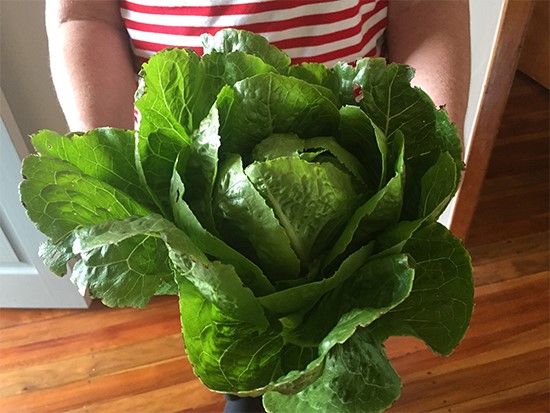 Enjoy the warmth if you’ve got some!