no summer is complete without a meal of crisp green beans

If you’re new to food gardening or after a low maintenance crop, growing beans is a great option. Beans germinate easily, they aren’t vulnerable to pests and diseases, plus their height adds interest to the garden landscape. If you’re short on space, you can grow beans in a pot or container.

In New Zealand most beans are cultivars of Phaseolus vulgaris, also known as French beans, which include butter beans, purple or blue beans, round French beans, flat Italian beans and drying beans like borlotti and cannellini. Apart from borlotti and cannellini which are only dwarf varieties, there are climbing and dwarf varieties of all the others. Scarlet runners (Phaseolus coccineus) are less varied with the majority producing hairy pods on tall-growing vines.

You can sow bean seeds from October through to mid- to late-summer, although the later in the season you go, the better it is to plant dwarf varieties.  They’re best planted when the soil temperature is between 16 and 30 degrees.  Broad beans are best planted in autumn.

Beans can either be direct sown, or sown in the pot or cell that they’ll be planted out from.  Beans, like peas, don’t like root disturbance.

Scarlet runner beans are perennials and the roots of plants can remain in the soil for up to 7 years. If you want your beans to pop up in the same place every year, make sure it’s a suitable location and the soil is full of nutrients. 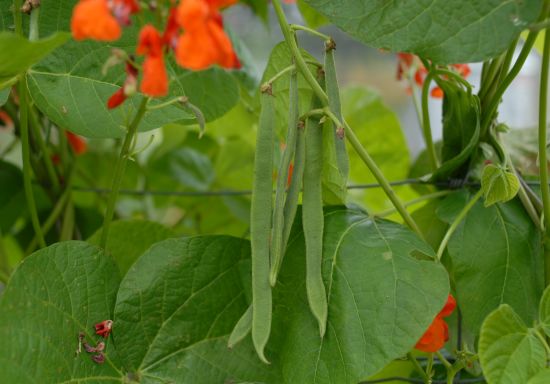 Make sure your soil is raised to promote good drainage. It keeps the bed warmer as well. Dig in a good amount of organic matter (compost) for moisture retention. Beans, as with peas, like to have constant moisture during the growing period. Top dress soil with garden lime for alkalinity which peas and beans like. Lime also adds calcium which is good for cell structure in fruiting plants.

Water the plants and lime in well after sowing or planting. There’s no need to water until after germination as bean seeds have a tendency to rot in wet soil. But after germination bean seedlings and plants need daily watering to grow quickly and not go stringy. 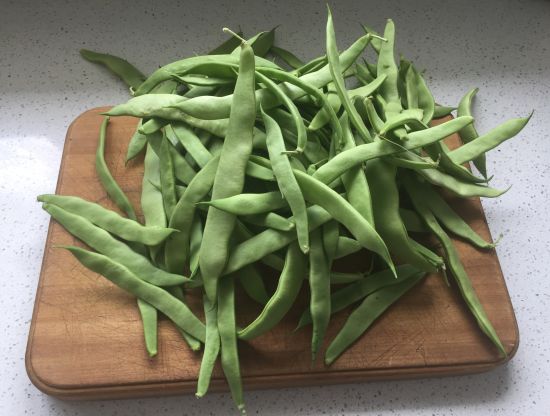 Beans are part of the legume family and capture nitrogen from the atmosphere, so when your plants are done for the season, dig them out and add to the compost heap or dig them into the garden bed.  A good crop to follow beans is a leafy green one to take advantage of the added nitrogen.