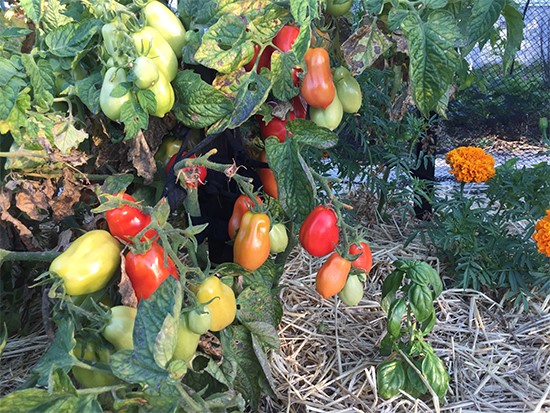 Zucchini too but it’s full of powdery mildew. I’ve doused it in baking soda and water, but this is best done as a preventative – the new pup is in though to take over. Don’t forget the Zucchini Pickles recipe – delicious! 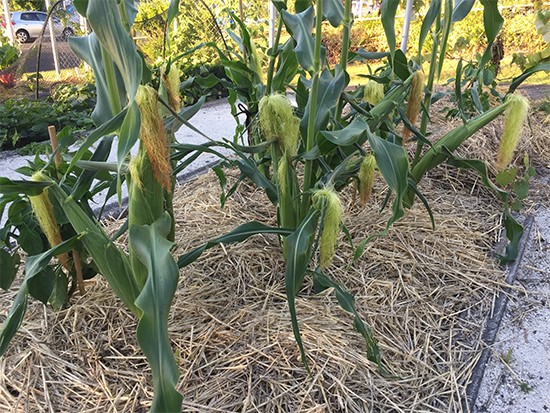 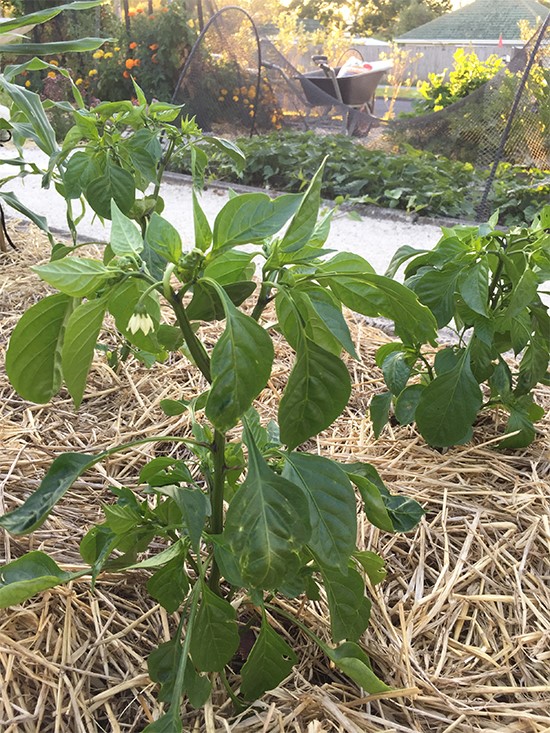 Eggplants still getting going as I was very late getting them underway. 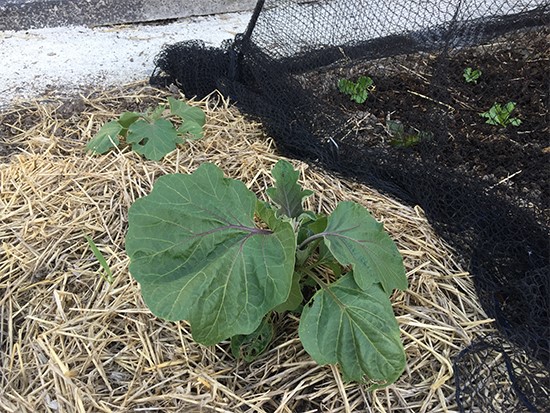 Main crop potatoes are growing well – let’s hope that’s below the surface as well as on top. 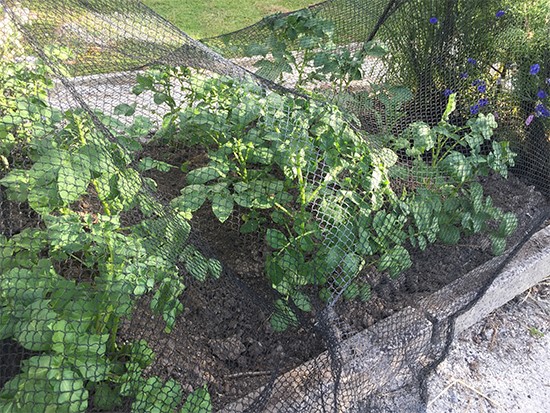 Asparagus is struggling to keep on – it was very late and warm when they went in, but Rob says I really only need 6 plants in this size of patch, so we can cope with a few casualities. 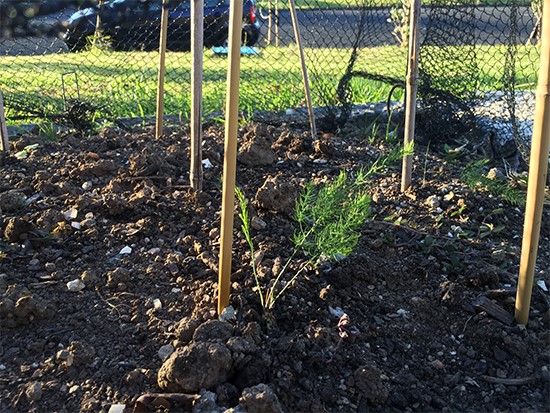 Leafy greens are once again the ones which have had the least amount of attention but this lot is coming away now. And the next batch will be ready to be pricked out soon. 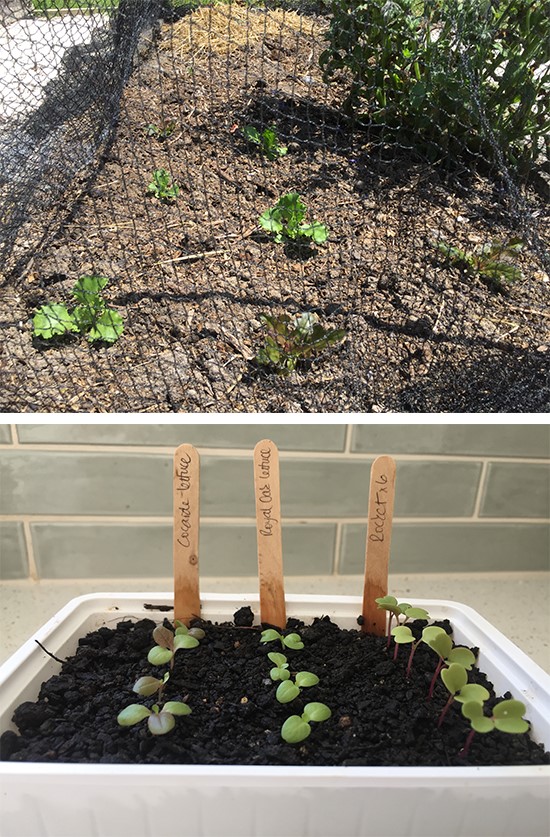 Now’s a good time to get leek seedlings in so they can mature during winter. I have planted some, but they arrived by courier a bit worse for wear, so let me get them going before I reveal them!

Remember to create a trough to plant them in and use your dibber. As they grow you’ll hill them up and that creates nice long white stems.

And Luisa had her first trim today when Rob dropped by. Looking sharp! 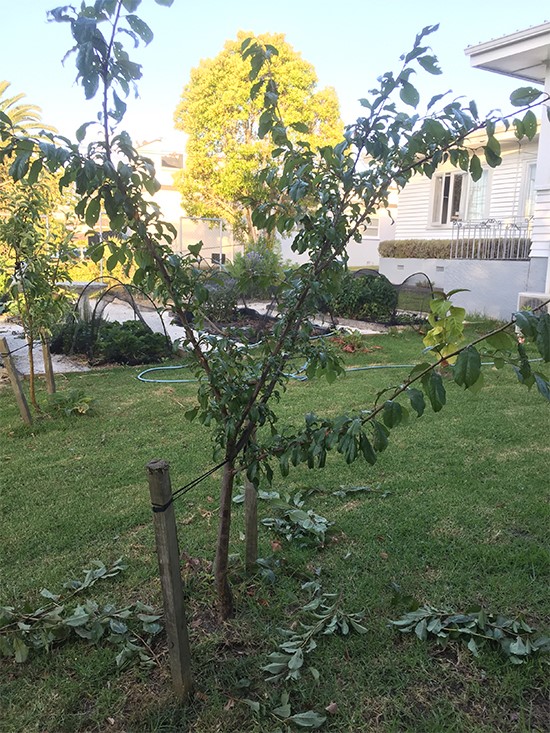