It’s ideal if all your summer crops are in the ground now, but, if you’re like me, and a bit behind this year, it’s not too late!

So we’re talking about tomatoes, beans, zucchini, pumpkin, sweetcorn and watermelon. All these crops, except for beans, do very well planted out with some extra compost into which you’ve mixed a nitrogen source like chicken manure or sheep pellets. Then apply a ring of rock dust (we use Natures Organic Fertiliser which is primarily rock dust) to add nutrients. Beans don’t need the nitrogen source but do benefit from compost and rock dust.

Last week I got our first zucchini in the ground as well as some sweetcorn seedlings which are nestled into the mulched lupin green manure crop. 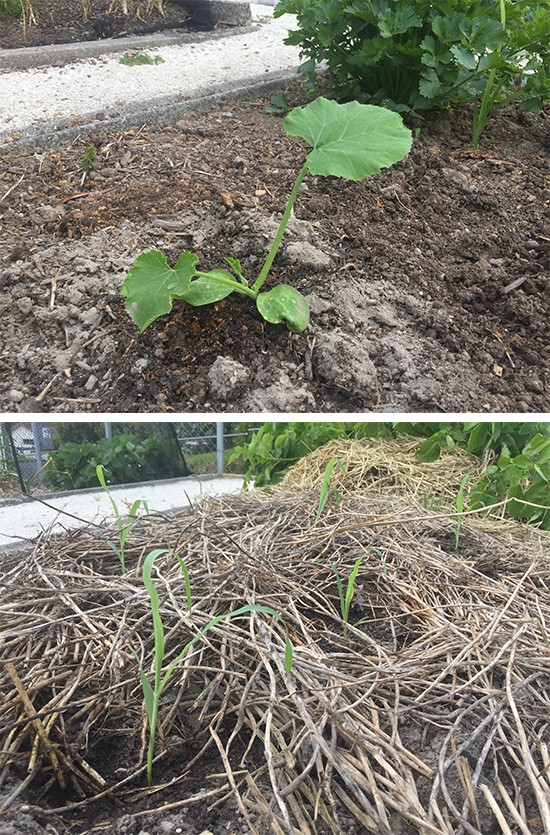 And this last weekend in went two butternut plants. 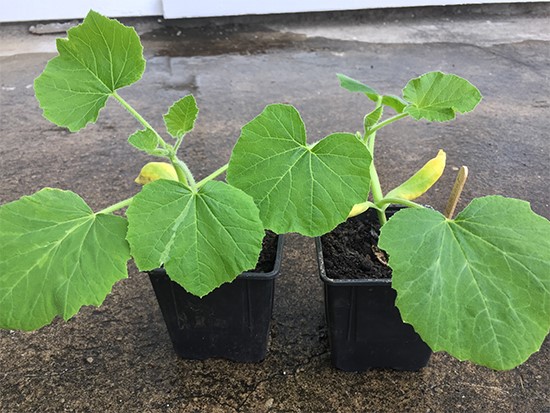 I love pumpkin, especially butternut, and last year I thought one plant would be enough. The plant bore 4 big pumpkins, and later on 2 smaller later ones. Rob advised me to nip the tip out of the plant after the initial fruiting, as allowing the plant to produce more than around 4 reduces the energy for the original fruit. Also there wasn’t enough foliage and the butternuts became sunburned. So we’re trialling two this year, so I can hopefully store them and enjoy them for longer. You can see how they’re positioned in the last of the winter brassicas bed – the broccoli will soon be out, so a bit of a cross-over period happening here. 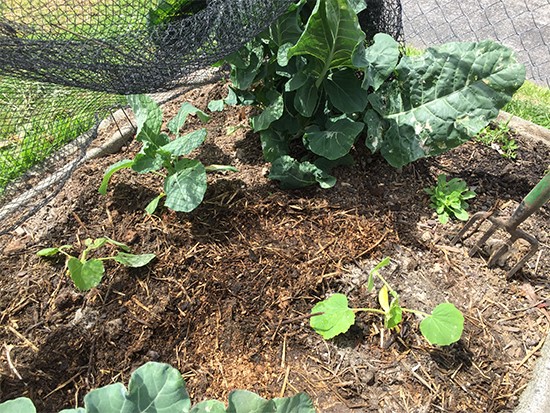 I’ve planted the beans to grow up the last available of our screens this year, rather than the bigger support structure we made last year. We just had way too many last year and I’m keen to use the screens for support and to create privacy. I love how the seeds hold onto the stems of the plant. 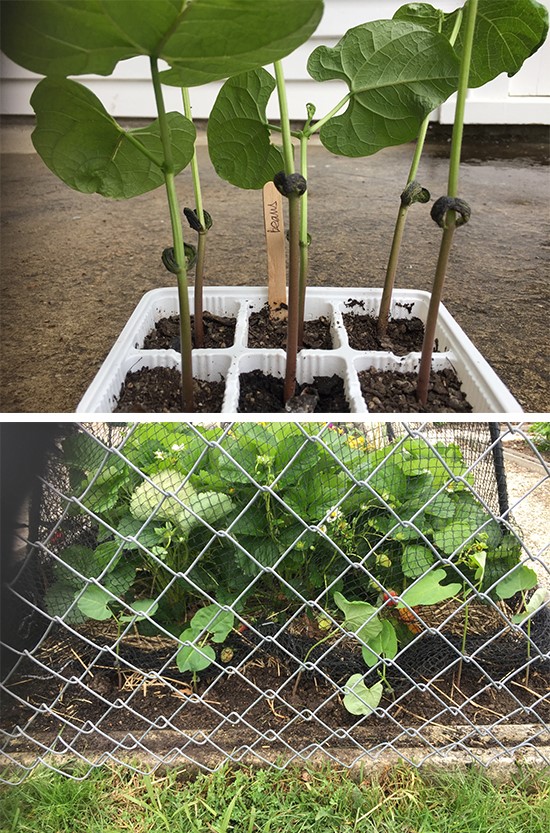 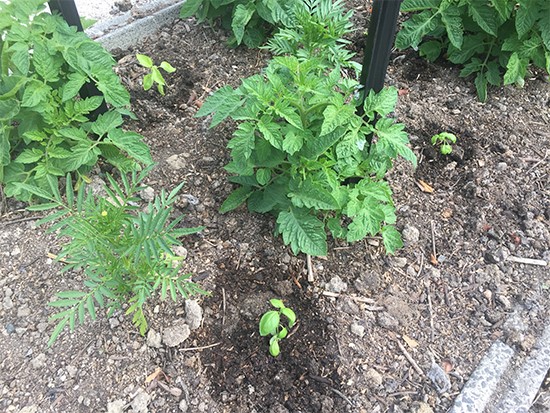 The tomatoes are crying out to be delateralled and I’ve just managed to make that happen. Once again the rain has created wonderful growth. So I’ve been very careful to choose a non-humid day to do the delateralling, as humidity can cause infection in the plant when wounds are made in the plants. Make sure there’s blue sky and a mild breeze. 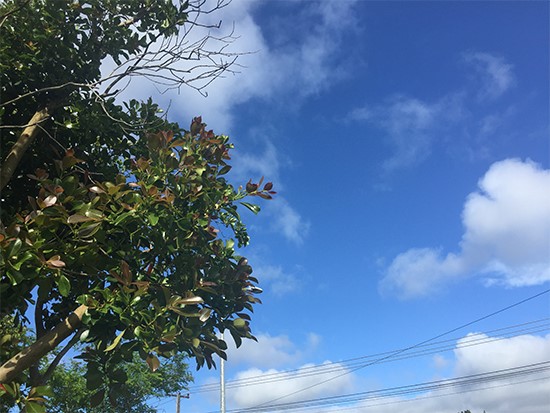 Remember to find two or three strong leaders and remove the rest, working from the bottom up. Snap the lower delaterals off by lifting them up and then down. If they don’t snap off, use secateurs which have been sterilised in methylated spirits.

Then take out the little delaterals that grow in the crook of two branches to further strengthen the plant. Tie gently with cloth ribbon. Lastly paint Flowers of Sulphur on the wounds to assist with healing.

I’ve finally received some ‘Mary Washington’ asparagus plants. There’s been a big delay getting them this year due to COVID.

They’re going in the bed that has the leeks in it which are not quite ready to harvest in total.

The asparagus will have to therefore go on the northern side. Since they’ll be in the ground as long as we’re here (asparagus can produce for 20 years) I had thought they would be better on the southern side of the bed. This is because after they produce, they put up 1.5m high feathery fronds which will shade the back of the bed, but there are crops like lettuces which appreciate shade. I don’t have a choice anyway.

I added vermicast from the worm farm to the bed, then cut the tops of the plants, splayed the roots out and set them out on top of the bed around 60cm apart. Then I applied some potting mix over the little crowns and some rock dust and netted them. See how Rob does it with bigger plants here.

We’ve harvested a massive heading broccoli recently and another two are coming along. The sprouting broccoli has been good too, not quite as productive as I’d hoped. But the taste of both is exceptional compared to store-bought equivalents. 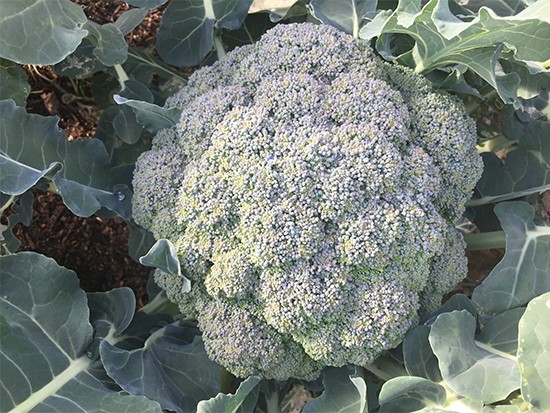 The Mediterranean herbs have had a feed of rock dust, and the thyme has had a trim. 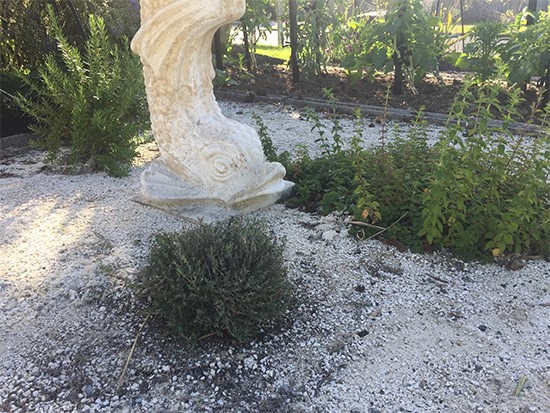 Our garlic has failed due to rust. 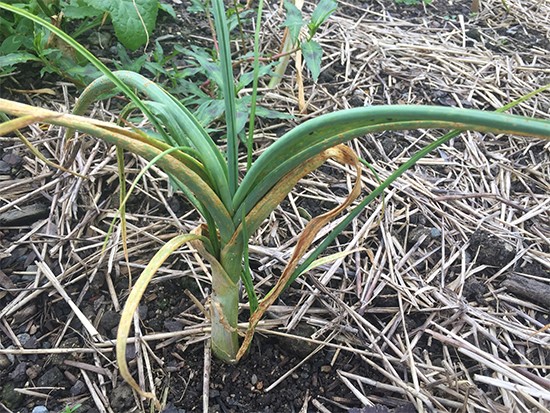 I diligently applied our homemade seaweed, as well as sulphur and Yates fish and seaweed solution to the garlic, but it didn’t help. The other alliums have done well considering their neighbour’s plight. One of our social media followers has advised neem granules in the planting hole of garlic and then fortnightly neem oil sprays, so I’ll try that regime next year. I’m also going to source an organic seed garlic nice and early next year as I think the variety I grew was possibly inferior.

After removing the plants and putting them in a bag in the landfill rubbish bin, I applied a bagful of neem granules to the bed as a conditioner. There’s no rush to use this bed so we can enjoy the violas blooming in the meantime. I have either fruiting plants or kumara planned for the bed next – not silverbeet or spinach which can get rust too. 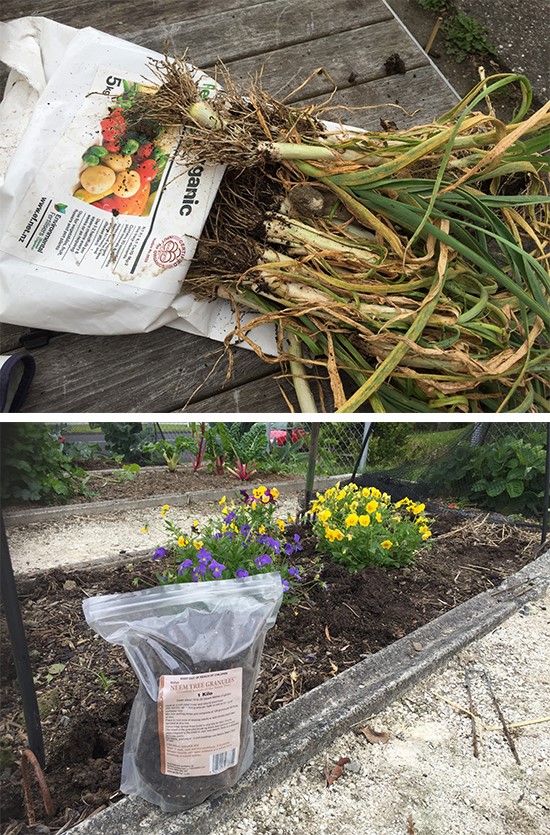 We have little apples on the Granny Smith tree, but no plums on the Luisa – next year for that sadly. 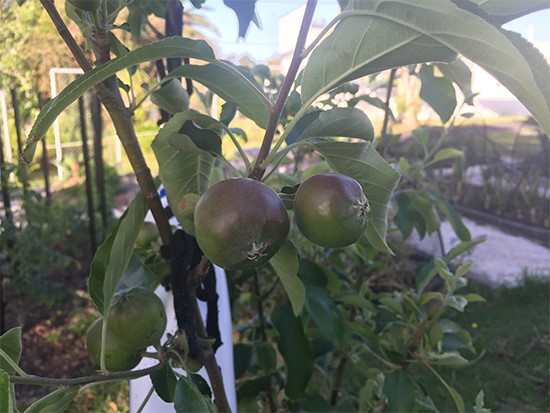 The strawberries are producing beautifully. Make sure you pick daily, otherwise snails and birds will get there first. 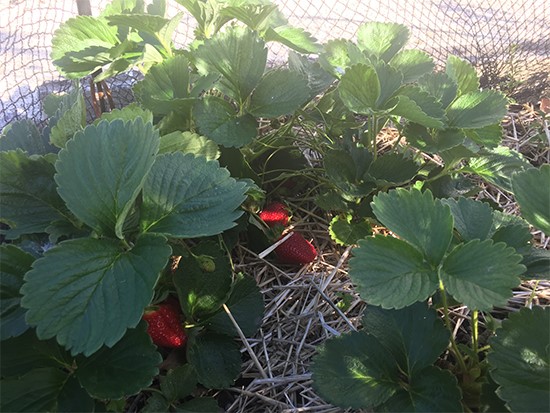 And the hot compost has been turned once. The old calendula plants form the pile that will be the basis of the biomass for our autumn hot compost, and the borage is almost ready to be pulled out too. New flowers going in to replace these are cosmos and cornflower. 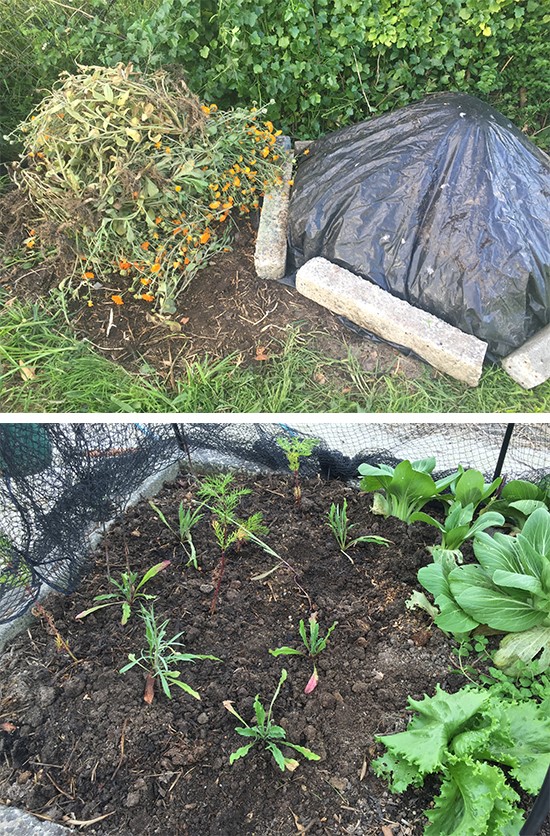 Plenty to do at this time of the year and also plenty of reward for your consistent care!

Enjoy the runup to the longest day of the year.