How has your New Year started? For us it’s all about keeping the watering up and everything well mulched to retain moisture.  We’re using straw from a horse supplies place, but there are all sorts of alternatives – coconut fibre, wool pellets or matting, coffee grounds or seaweed from the beach. 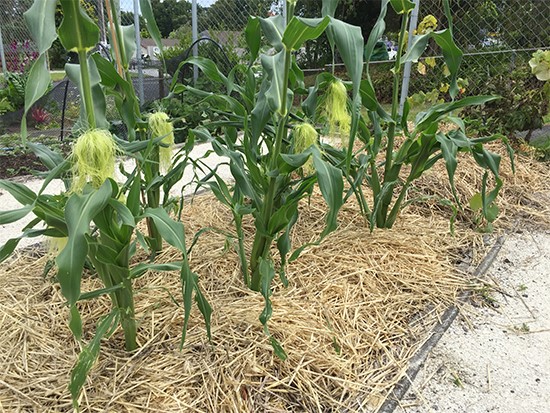 This bed has sweetcorn and capsicums in it and the late-to-chit potatoes, Jersey Bennes (my favourite early potato), which are ready for harvesting. I’m just waiting for a special occasion for that. I’ve given the male tassles of the sweetcorn a good shake to pollinate the female cobs below which will hopefully result in nice even kernels. 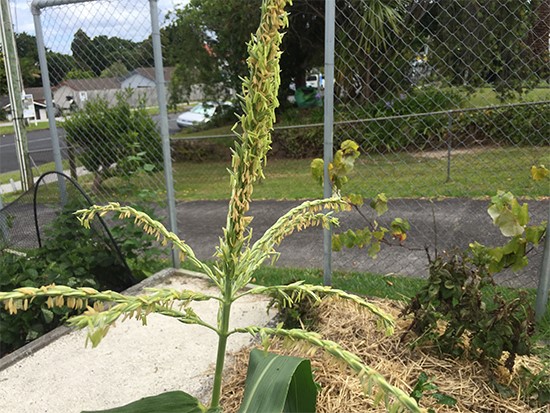 A couple of weeks ago I put a little plot of Agria potatoes in. They take longer than the early ones to grow and will store hopefully over winter Last year it was a fail crop, so I’m hoping by putting them in a bit earlier, that I’ll strike gold. Remember to add a handful of neem granules to ward off psyllids, some comfrey leaves if you have them and after covering the seed potatoes lightly, apply rock dust. 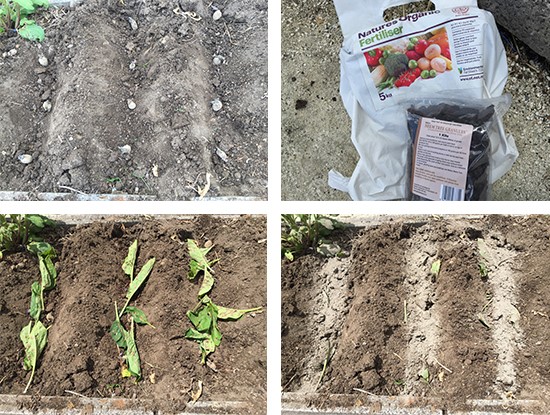 This is how they look today. 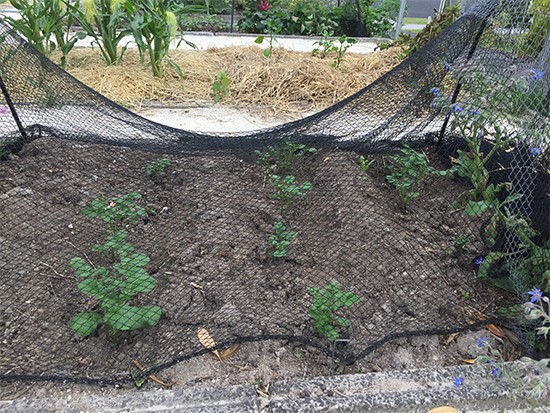 Speaking of storing, I harvested our onions just before we had that big dump of rain for several days – literally on the day it started pouring. Rob says it’s important to get the alliums which are ready for harvest in before rain, because that can cause them to sprout. The red onions were a fail, but the Italian Longkeepers are great. I tied them up in bunches and have them drying round the back of the house on our redundant (for this year) bean support. 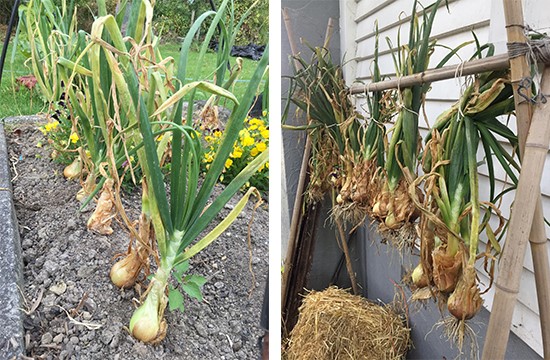 This is them two weeks down the line. I think they need 1-2 more weeks drying out before I’ll cut the tassles off and store. 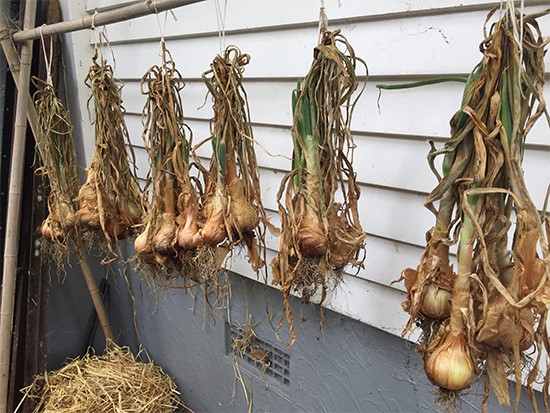 This bed which had the onions in is designated as the leafy green one this summer, so after the onions were out I forked through the bed to aerate it since the onions had been in there a long time. I added some of the black gold we made during the winter, a little bit of Dave’s Humate concentrated compost (which Rob has put me on to) and the last of the last batch of hot compost. This compost is nice and fluffy so acts as a mulch too. 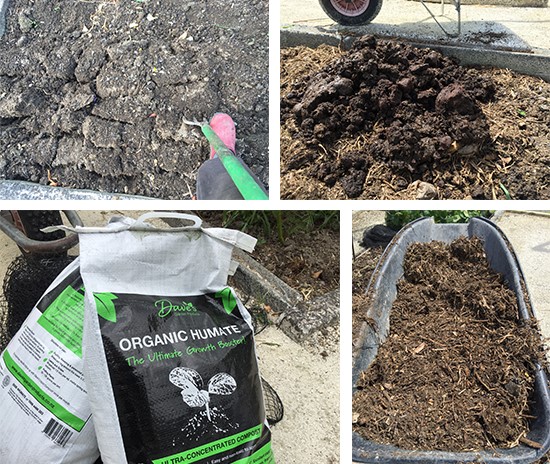 I’ve been a bit slow getting lettuces, rocket etc sown for this bed but have resisted the temptation to buy seedlings, as it’s my goal to grow everything from seed. More sown lately. 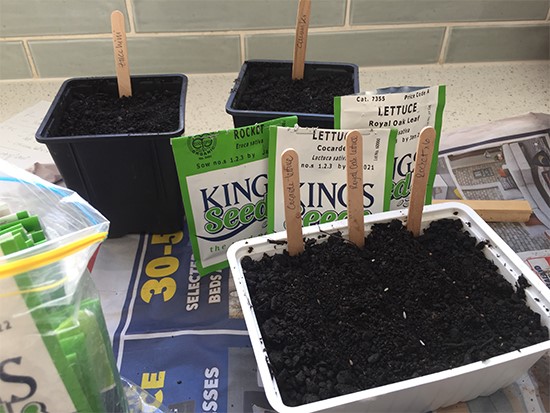 Another storing crop in and growing is kumara. I grew these plants from one kumara I harvested last year – such a rewarding crop, you can see why they were so important to Maori. The black ones didn’t store but the white fleshed ones did really well, so we’re just staying with that this year. 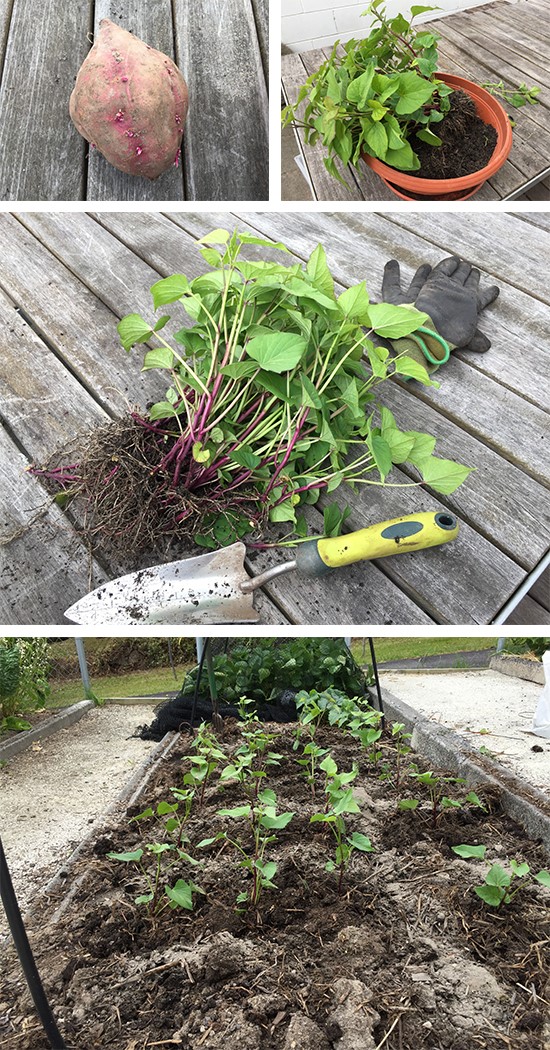 The tomatoes are booming. I need to get nets on them now as they’re ripening up – I’ve left it as late as possible as it’s a bit of hassle working with them on. I’m thinking that the reason the tomatoes are so prolific and healthy this year is because this is my second summer and the soil is improving as I work with it. The first summer there were root crops in this bed, then I had leafy greens there in winter. 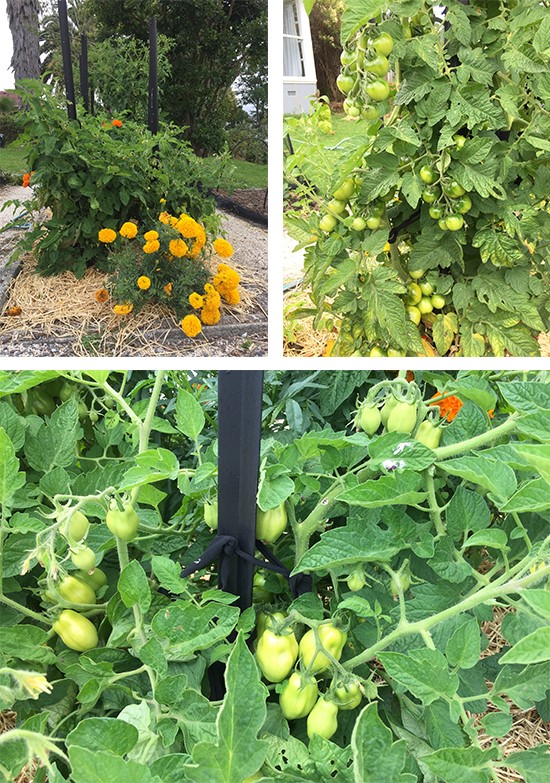 I had a few good leeks but by and large they didn’t do so well. Have checked in with Rob and he says put them in a bit earlier – say, mid-February, so that they mature during winter. And they’re a hungry and thirsty crop. So just to contradict myself, I would sow them now, but then they won’t be ready for planting out for a couple of months which is okay, but I’d like to try growing them earlier, so I will buy leek seedlings this year!

I cleared out the cavolo nero kale to make way for more crops in the root crop bed. There were heaps of white fly on them because it’s the wrong time of the year for kale. They’re now on the pile that will make the next hot compost. 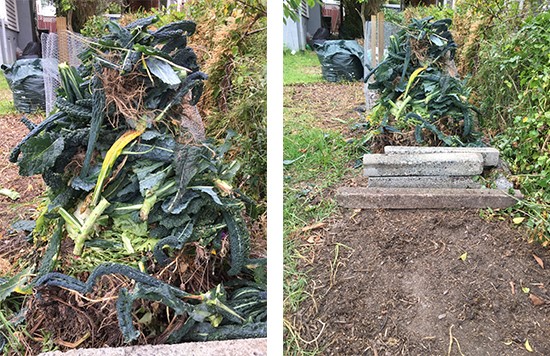 Radishes planted where the kale was in the last Full Moon are doing beautifully. And beetroot sown at the same time didn’t germinate quite so evenly, so I’ve transplanted those seedlings out using my trusty dibber to make a good patch. Beetroot is really the only root vegetable that can take transplanting.

On root crops, I’m attributing the great growth of our parsnips to sowing in the Full Moon phase and some good rain at the time. The carrots and spring onions, sown at the same time are just as good. The carrots matured quickly and we’ve been eating them and the spring onions for a while now. The foliage on the parsnips is crazily big but we don’t harvest them till winter. 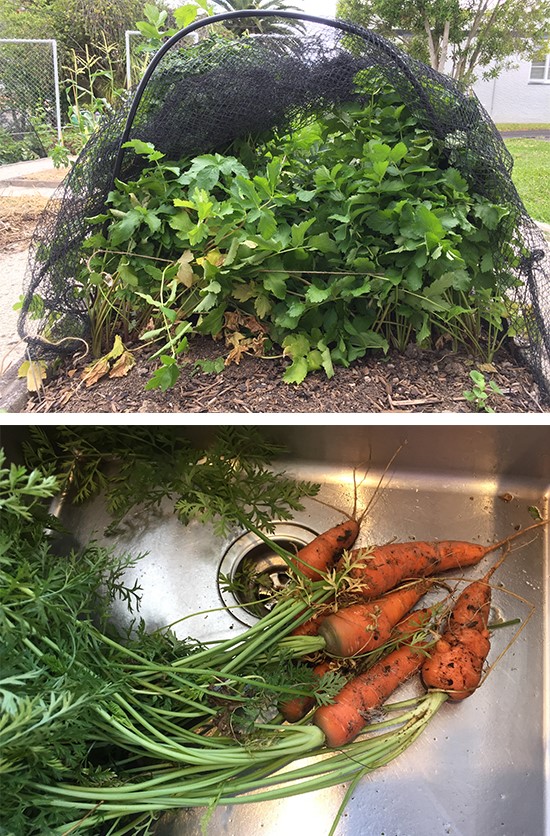 My most recent job has been to give all the fruiting stuff (sweetcorn, tomatoes, capsicums) a good dose of Fish and Seaweed solution. They’re in the ground so long that they need a feed during the growing season. I’ll apply another dose in 2 weeks’ time.

Enjoy the fruits of your labour this summer!

PrevPrevious4 December 2020
Next2 February 2021Next