We trust you’re all adjusting well to Alert Level 2 and that the enforced 7 weeks of quiet time has given rise to new ideas and positive change.

This week I’ve been focussed on root crops, in particular sourcing seed garlic and planting it. For those of you who’ve grown garlic before, you’ll have your bulbs from last year’s crop all ready to go in (or already in). I thought I would buy bulbs from an organic store to plant but there was no stock. Then I tried buying seed garlic from organic farms – drew a blank there too (all sold out). Then I looked online at garden centres and hardware stores – not available they stated. Finally I found some available at Newton’s Seeds. It’s the variety Printanor that the hardware stores had on their websites as out of stock. I was also looking for bare-rooted strawberry plants and I was told by garden centres, in no uncertain terms, with both my garlic and strawberry enquiries, that I was far too early. 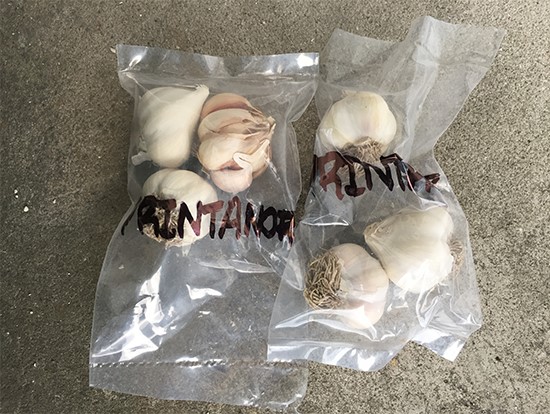 Rob’s and my thoughts are that garlic seems to have become prone to rust and that getting it in early, whether you’re in the north or south, is one “weapon in the armoury” as one of our social media followers termed it. By the time rust sets in (spring and early summer), early-planted bulbs will be bigger, more robust and able to withstand an assault. The second reason for northern growers getting garlic in early is that garlic needs all the winter chill it can get to stimulate good bulb formation, and since temperatures are not as cold in the north, this way the bulbs will experience all the chilly spells we do have.

So, my garlic is going in my late summer crop bed (fruiting crop rotating to a root crop). As I think I mentioned, I put these repeat summer crops in too late and March was cool this year – not the usual Indian summer. So I had decided to just clear this bed. 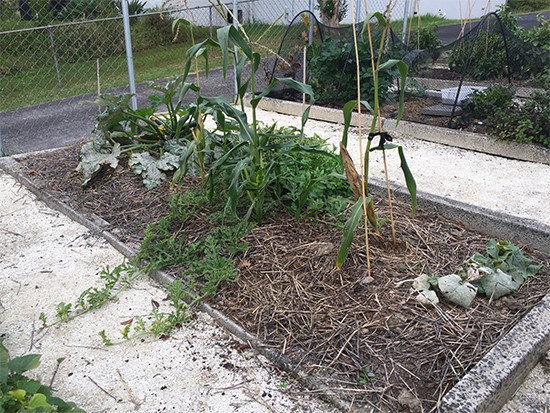 But then I got a bit soft with the zucchini, which is the exception and (pardon the powdery mildew) producing lovely vegetables, so it got a stay of execution. 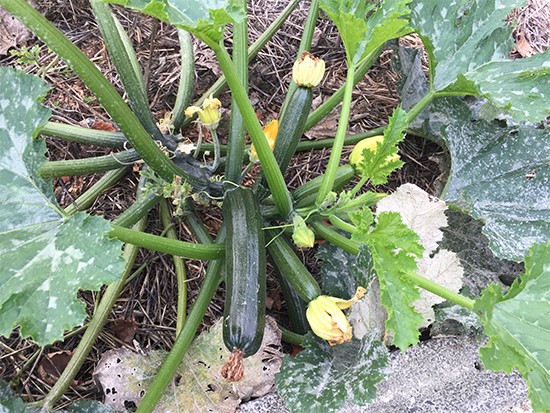 I forked the bed over to aerate the soil, added a good lot of compost and then forked that through so it was all nice and fluffy. Separated out the cloves and simply pushed the biggest cloves into the ground at 20cm intervals – not all the way in though, just so they were firm. Normally we would get a lot of rain at this time of the year which means the cloves might rot if they were fully pushed into the ground, but I don’t think that’s going to be a problem this year. A nice application of rock dust round each of the cloves to encourage good root growth and hoops and netting to protect them.

Earlier in the week I had had another partial crop rotation experience. My Romanesco Florence fennel seedlings were ready for planting in the Full Moon. I was going to pull out the eggplants and capsicums, but just look at them – full of fruit, and I couldn’t do it. 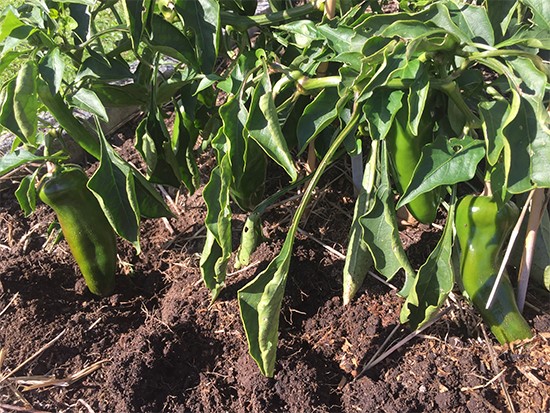 This is also a fruiting crop bed that’s changing into a root crop bed. So with the 8 fennel seedlings, I just planted them around the capsicums. When the capsicums are done, there’ll be a little grove of fennel. At that point I’ll separate them from the next crop with some calendulas to stop them inhibiting the growth of the neighbouring crop, which Florence fennel is prone to do. 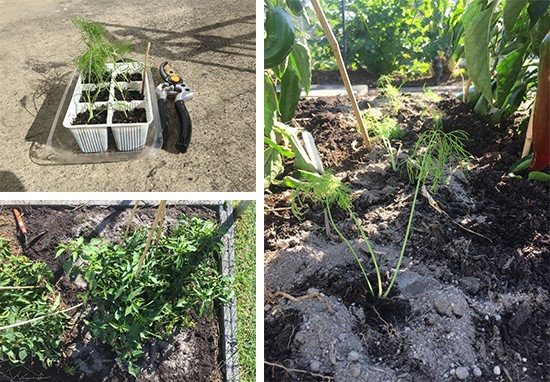 Already in this bed is the planting of Rainbow carrots which has had mixed success. Initially the germination looked pretty good until one day I noticed the little seedlings had received a haircut. 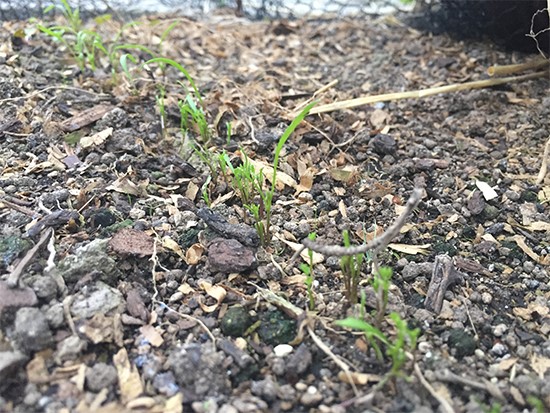 Over in the brassica bed I was catching crickets in my yeast traps. 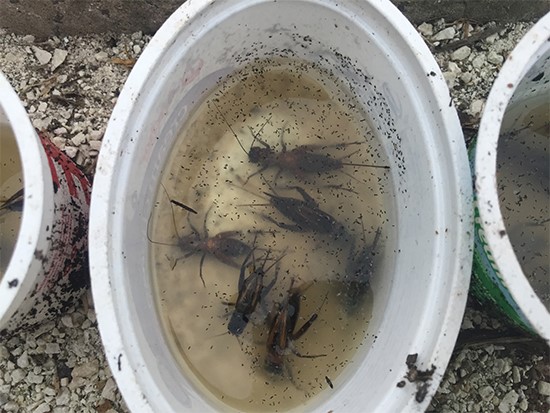 After a discussion with Rob, who advised me there was a plague of crickets around due to the dryness, I decided to put a yeast trap in the carrot bed. Sure enough the next night there were plenty of crickets in the trap. I’ve continued to tip out the dead crickets and fill the traps up with fresh yeast mix and now I’m catching huge big slugs as well. 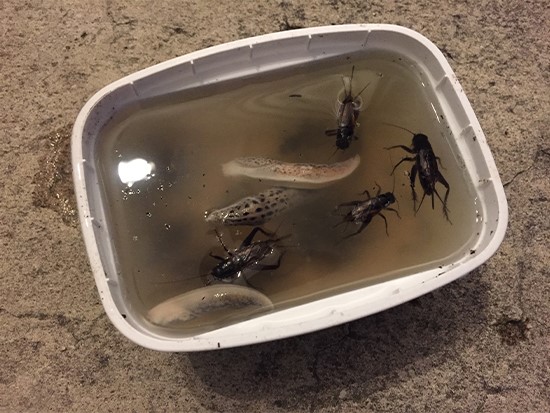 So, I did what I did in spring and I’ve sown another packed of carrot seeds in between the (sort of) rows of Rainbow carrots. That spring planting is still providing us with beautiful carrots now, so I have my fingers crossed this autumn sowing will produce sufficiently for the coming winter and spring. 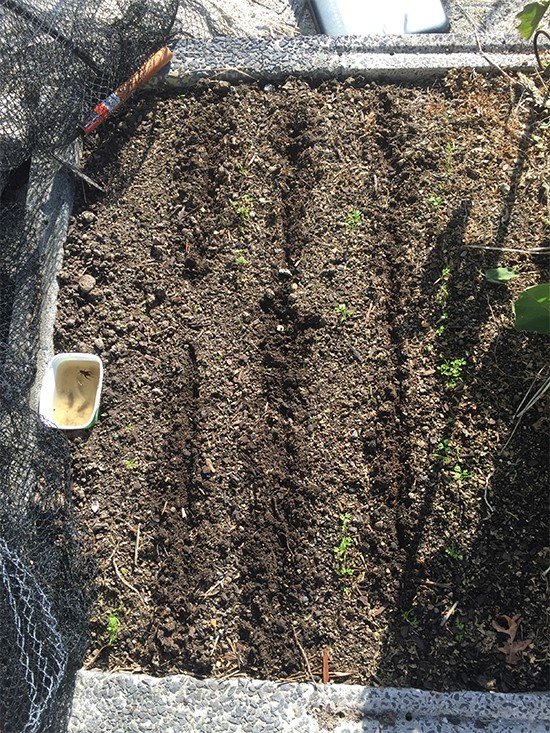 Now, getting back to the incumbent eggplants in the soon-to-be root crop bed, this is a harvest of eggplants this week. Some were given away to family and with the others I made Baba Ganoush. I’ve put it in heated sterilised jars, but I don’t expect them to seal and last like proper preserves (because the BG wasn’t boiling), so they’re in the fridge. I love food like this for lunch. 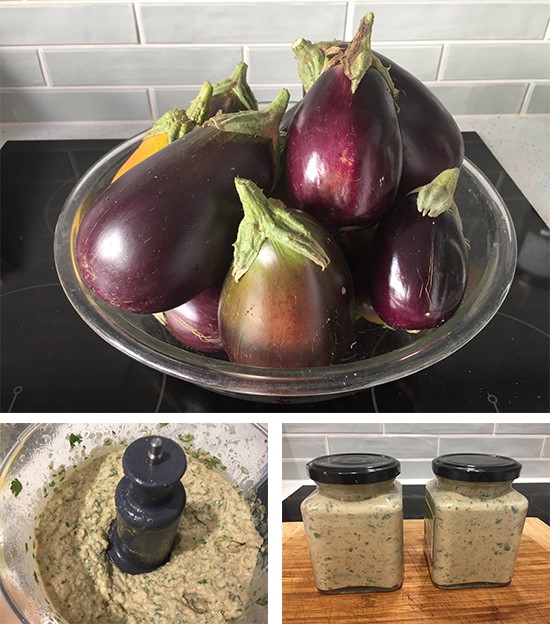 The calendula and viola seeds are sown and starting to germinate. I’m making sure the onion and leek beds are weed-free and the viola will help with that. 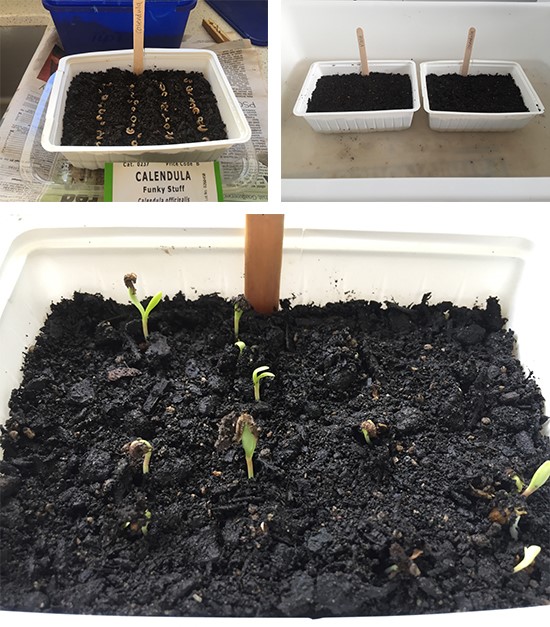 And speaking of flowers, look at these beautiful ones on the sugar snap peas. Looking forward to those morphing into peas! 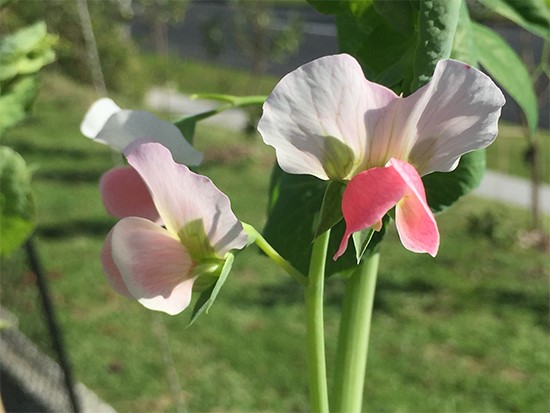