Wow, this heat is something else. Everything is growing like crazy, which means you really have to keep up with the watering. My garden is managing on hand watering every second day. And I have it well-mulched.

I’ve had enough ‘Roma’ tomatoes ripening to make my first lot of Tomato Relish – old school style. All the lids sucked down, so I can safely store it in the pantry. I’ll make sauce with the next lot. 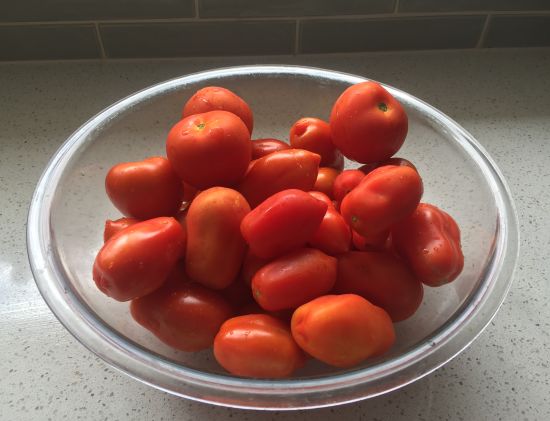 Loving the cherry tomatoes and the ‘Moneymakers’ are producing beautifully too. 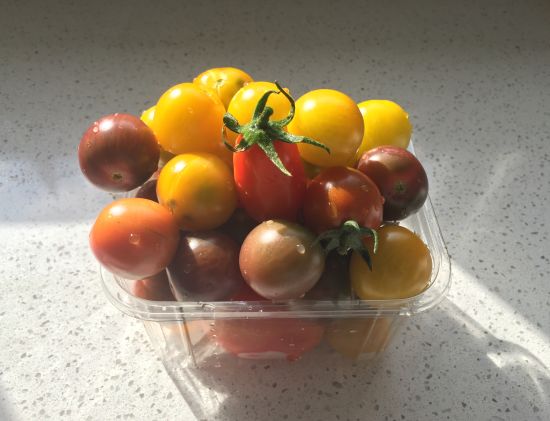 I saw a parasitic wasp on the tomatoes last week and also a dark blue ladybird on the sweetcorn, so feeling excited about creating a home for the good bugs in our garden. 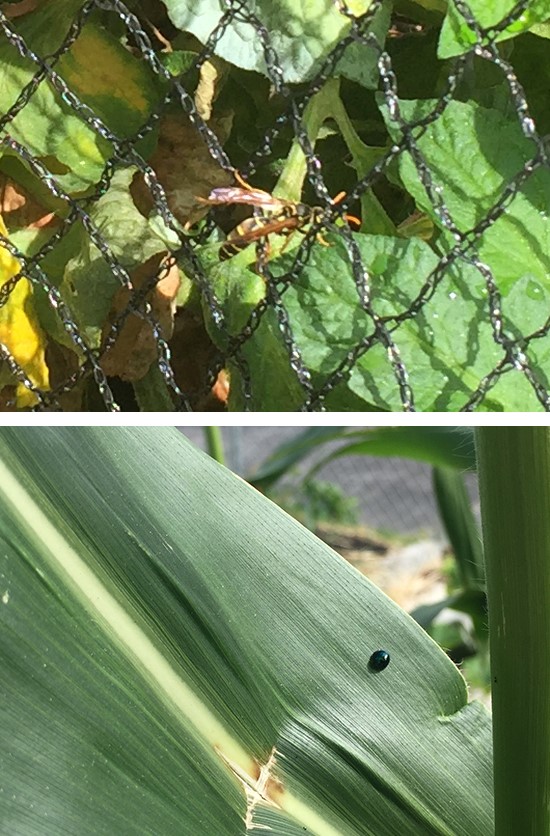 Our ‘Cocarde’ lettuces are doing amazingly and it’s a timely reminder that Iceberg lettuces just don’t do well in this heat. I reckon these two (top left) will go to seed as they’ve been in twice as long as the looseleaf ‘Cocarde’ and are half the size. Will pop them in the worm farm and focus on more looseleaf types. 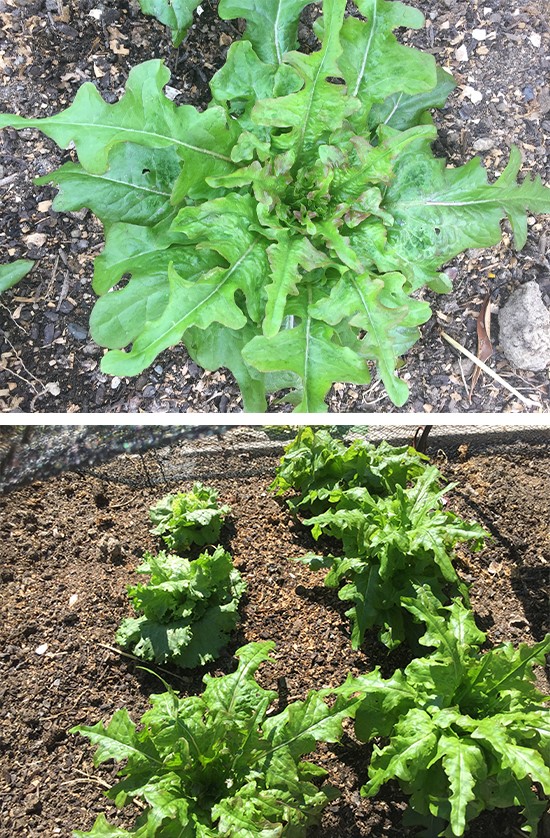 Have a read of our explanation of the different types of lettuces here.

There’s a hint of powdery mildew on the pumpkin, but nothing else, so I reckon the liquid seaweed applications have done a good job. Even though the pumpkin is nearing harvest, I’ll still put a mix of baking soda and water on the leaves to alkalise them and halt, if not get rid of, the powdery mildew. Other mixtures that do the same job are with milk and Flowers of Sulphur. The mixing solutions are: 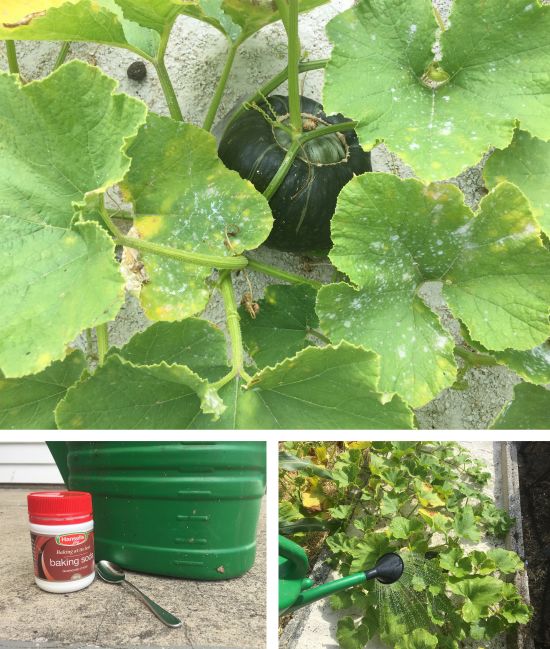 Our zucchini is finished – one or two last fruit on this plant, so it’s timely that the new plant is ready to be put in. 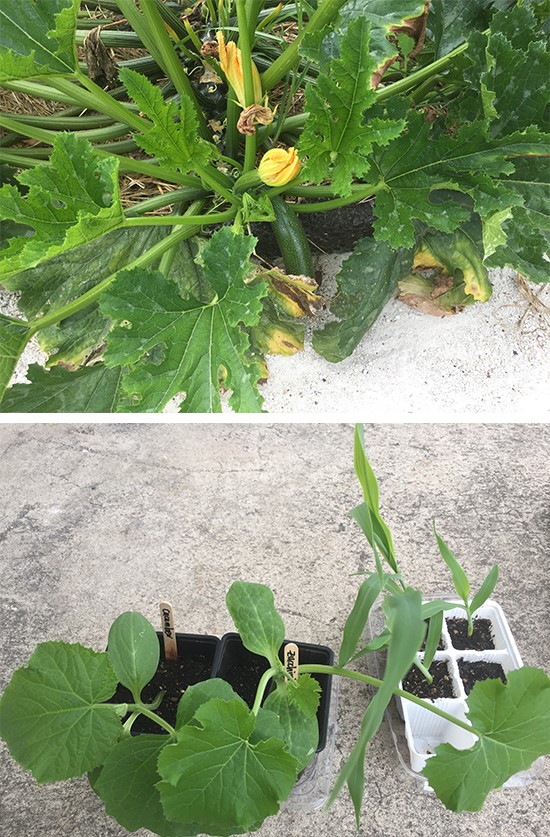 The cucumber has been abundant and I’m putting a new one of these in too, even though the original plant is still producing (but has slowed down). 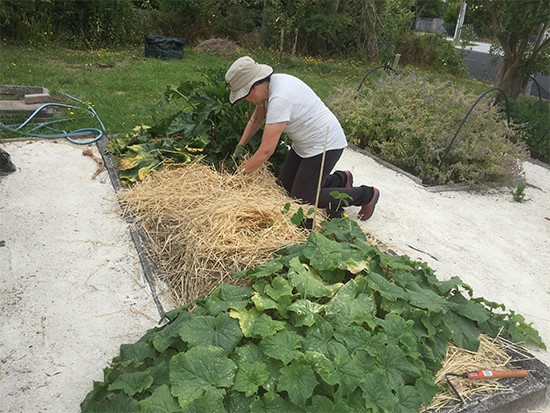 Cucumbers and zucchini are simply ready to pick when they’re big enough. Sweetcorn, on the other hand, requires a bit of knowledge as to when the cobs are ready to eat. The silks turn brown, but it’s not until they’re looking a bit tatty, that the corn is ready for eating. So, just as I pick the first cob, I’m also putting 3 new plants in in between the original ones. Hope that works. 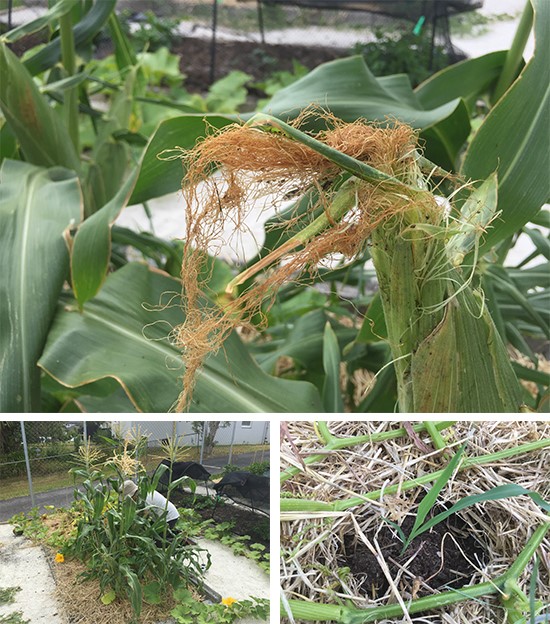 Rob says have the pot of water boiling before you pick the cob otherwise the sugars turn to starch and the corn doesn’t taste so sweet. I reckon it only needs 3 minutes boiling. Note to self: shake the male flowers at the top to pollinate the female part (silks) on the cob better – you’ll notice a few missing bits on my cob – didn’t alter the great taste though! 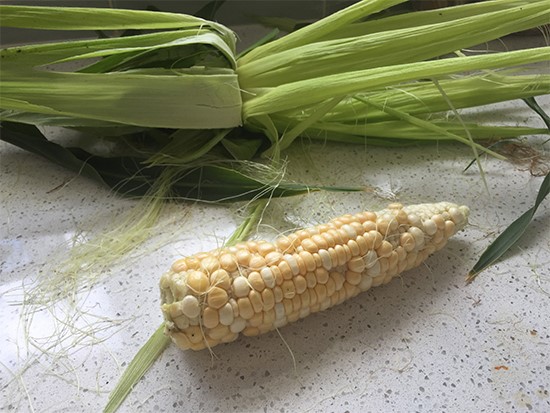