What a stretch of good weather we’ve been having and no wind! You can almost see the plants growing.

This week we have a New Moon and we’re going to plant our Mediterranean herbs – rosemary, thyme and oregano. I ended up buying the rosemary. Rob says it’s best to grow rosemary from a cutting, so some time I’ll learn how to do that from him and share that. I was growing thyme in a container, so I rescued a bit of it to re-plant here and the oregano is from seed (second time around was successful!). As the seed is so fine, this time I sprinkled a little pile of seed in one spot in the tray. And I’ll plant it similarly. Half, which is several plants, will go in the garden, half is in a pot in case the first lot doesn’t survive. 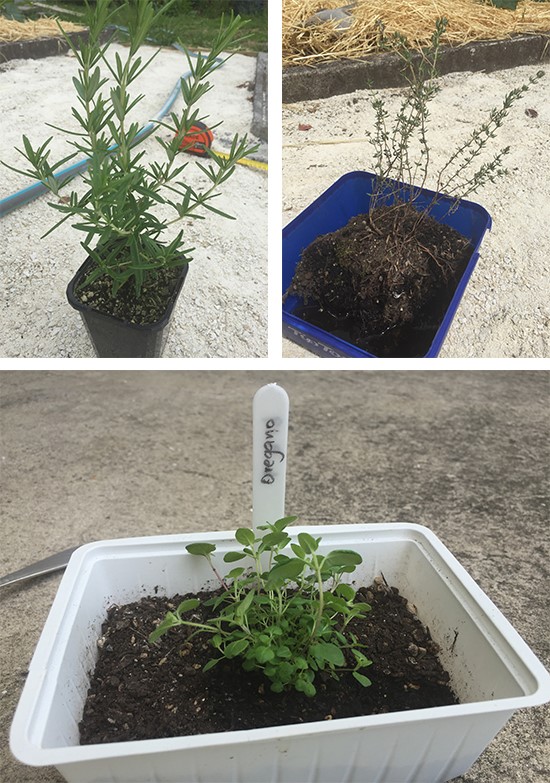 I was going to put the plants in the future berry bed, but I wasn’t so keen on that idea as they’re pretty permanent types. Then I had the idea to finally install the bird bath and plant them around that. The bird bath needs fixing down with a bit of concrete from landscaper Gavin, and he’s not available till next week, so I just went ahead and put the plants in (having marked out where the birdbath will go). Scraped back the hoggin and Gap 20, cut a hole in the weed matting, filled the hole with compost, planted the plants and laid a bit more hoggin around them. Fingers crossed the oregano survives, as it was directly out of the seed tray. Mediterranean herbs do best without any fertilisers, left to their own devices, so here’s hoping. Will show you a wide shot next week with the birdbath installed. 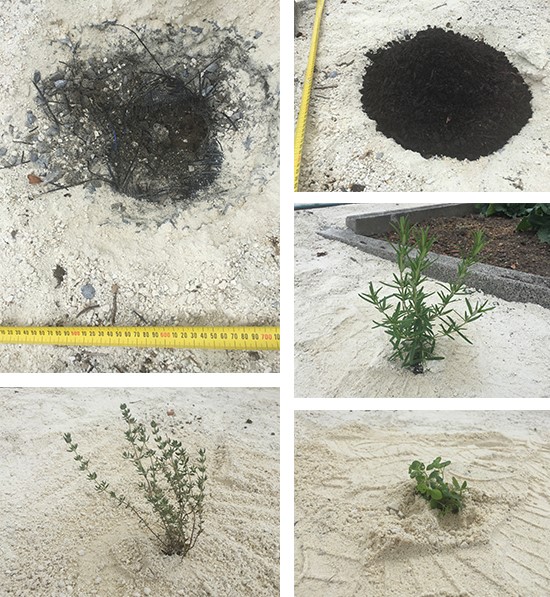 The rocket has bolted, but I’m managing that by cutting off the going-to-seed stalks. I’ll have to grow some more from seed soon though, as I won’t be able to continue this for too long. In the meantime, the lettuces are coming along. I’ve missed a couple of weeks of sowing seeds, so the next batch is only this size. 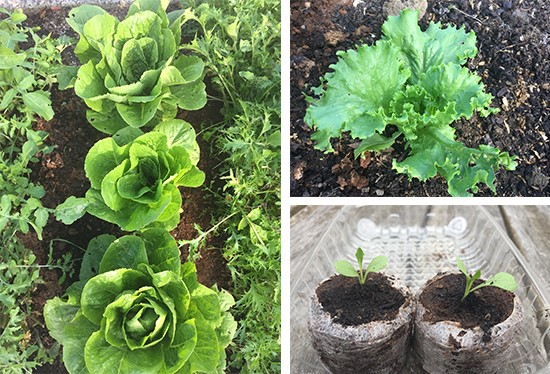 My kumara sprouts have gone mad, so while it’s not the ideal moon phase, I thought there was nothing for it but to plant them out. 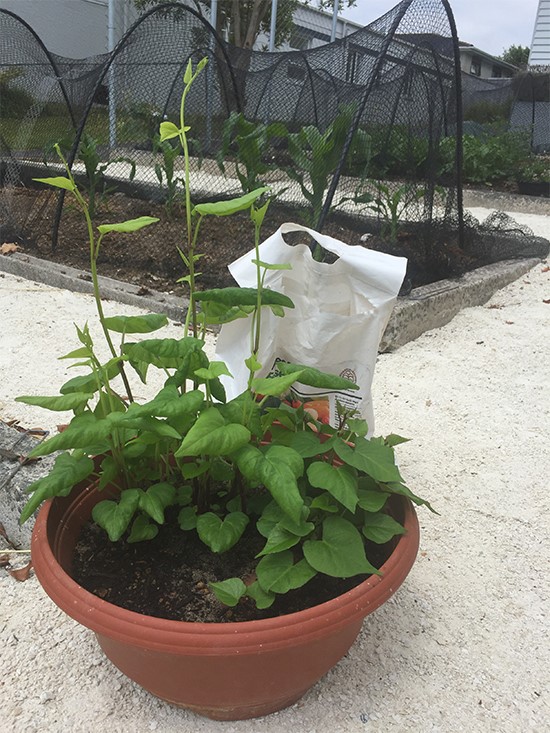 This bed wasn’t covered so it’s compacted somewhat. I apply rock dust only, to encourage good root growth, and loosen up the soil with a fork, then begin to pull the slips off the mother kumara gently. I could get some roots on the slips of the white-fleshed kumara, but I’m not so sure about the Purple Dawn kumara. The growth wasn’t as great on these ones, so I might have been a bit premature. I’ll keep the mother plant in the sandy soil and grow it a bit more, just in case. I also cut off the tops of the plants that were lanky, so they could concentrate their energy in the roots. I’ve put 15 plants in, but they might be a bit close to one another. Rob says 30-40 cms apart! Might need to take the odd plant out, but maybe I see what survives first. Water them all in well, particularly as they’re barerooted.

If you want to see the master planting kumara, here’s the link (the kumara section starts at 8:29)…

Lastly, the radishes are being feasted on by what I imagine is slugs. 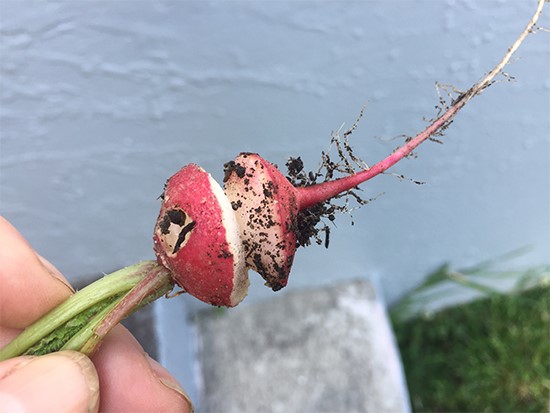 Oh, but look at these cool turnips which are growing right alongside the radishes! Not a mark on them, small and so sweet. This is my go-to turnip salad recipe…which I thought was just delicious for our dinner tonight! 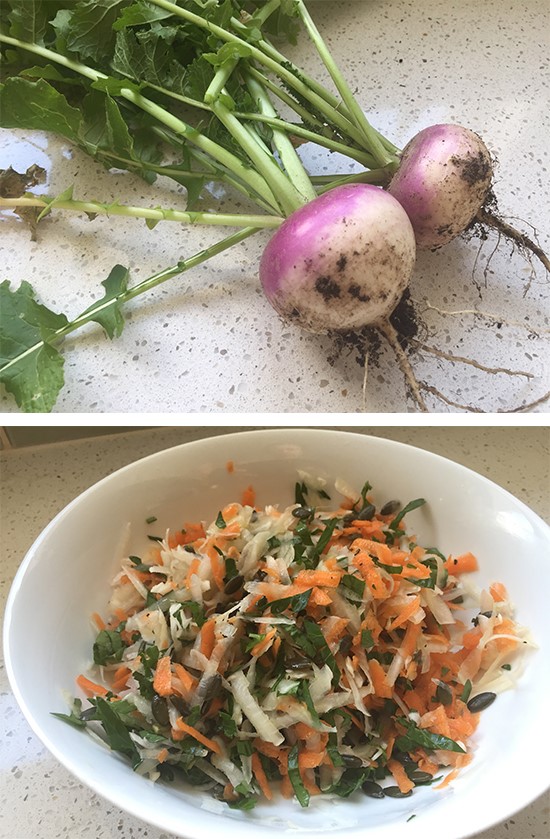 Have a wonderful week in the garden!