The beautiful Full Moon is shining all the way up there, but the nights have been so cloudy we haven’t been able to see it. That moon phase means, though, that our focus this week is on Root Crops.

The little turnips, marauded by slugs, have won the battle, and can now be thinned out. Thinning at this stage causes less root disturbance than when they get bigger.

Alongside the turnips and spring onions I have this week direct sowed some Beetroot ‘Detroit Red’ and Radish ‘Cherrybelle’ – as mentioned, just all the tried and trues at this stage as we get established. 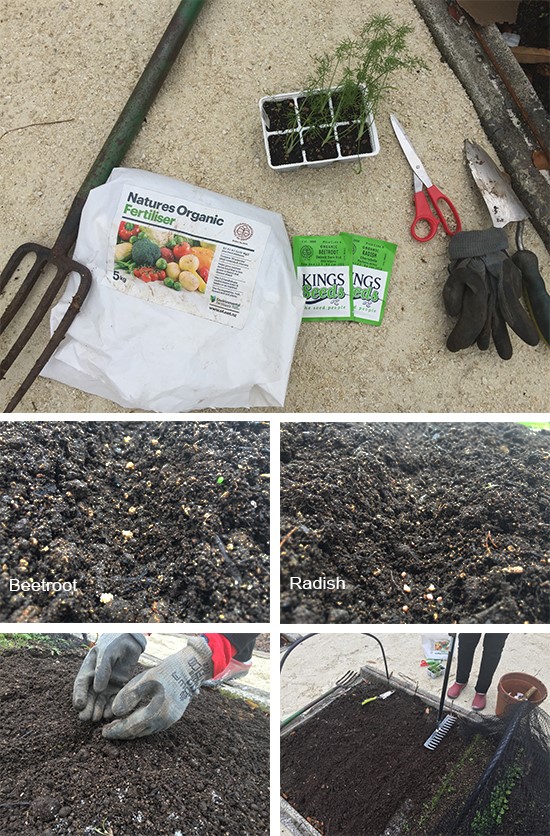 I’m pleased with my little Florence Fennel ‘Milano’ (the variety that does best in a warm season) growing in its punnet. 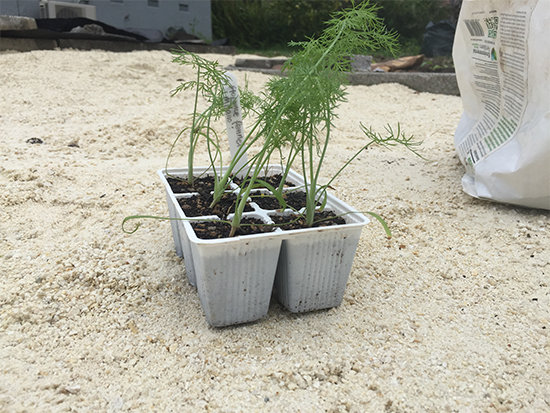 Sown 2 months ago, transplanted 1 month ago, they’re now ready for planting out. You can sow Florence Fennel directly into the ground, but it’s not one of those vegetables, like beetroot, that you can eat a lot of in different ways. I think 6 plants for now will be just fine. 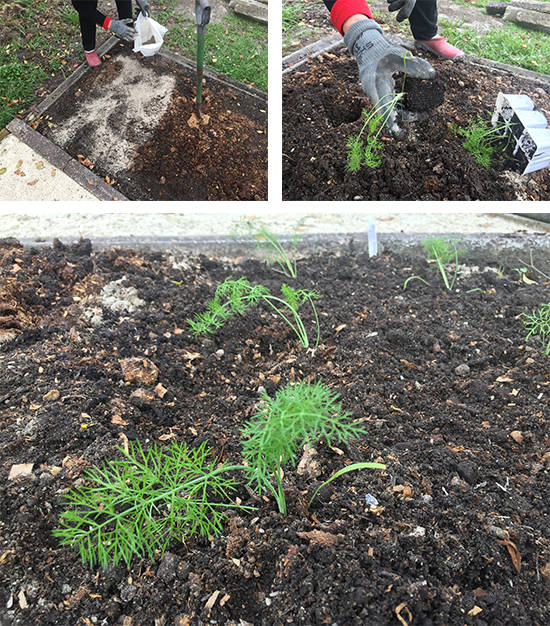 I think it’s all a bit tight in the Root Crop bed, so I’m putting the Florence Fennel in with the beans, in the spot where I missed getting peas in this spring. Florence Fennel is a slightly tricky crop – it’s known as ‘allelopathic’ (in a bad way – there are good ways too, but not with Florence Fennel) which means it gives off a chemical that inhibits the growth of neighbouring vegetables. Rob advises growing a strip of flowers to divide the Florence Fennel off from its nearest neighbour. I had forgotten this fact, so quickly went out and bought some alyssum seeds (alyssum is good in this position as it’s low-growing). The alyssum is sown now and we’ll have to wait, but I’m pretty sure there’s enough space before the beans for the FF not to bother them for now.

Speaking of which, we fixed the technical issues with the bean structure! 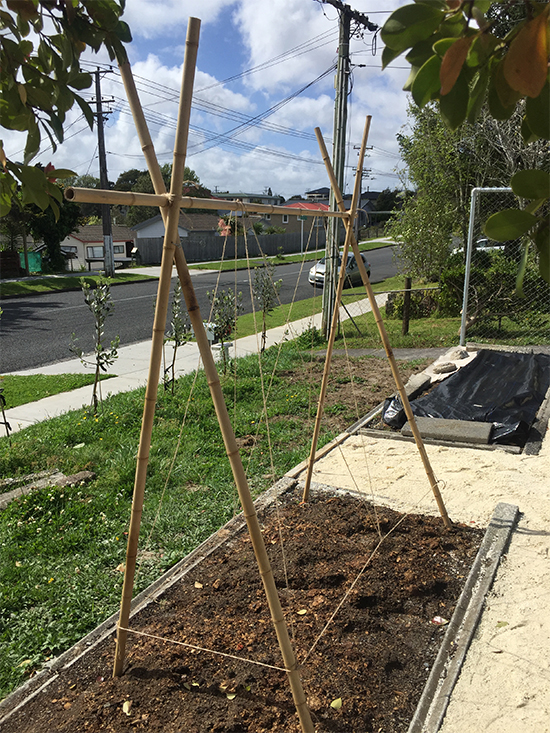 The problem was that I didn’t realise bamboo is not fully hollow. So my idea of sitting the bamboo pole on top of the 400mm steel stick couldn’t happen without getting a long drill bit. Anyway that’s all sorted now. We used twisty wire ties (left over from the fence shades) to fix the two uprights together and make the top connection secure, then a few screws to provide some structure for the string. 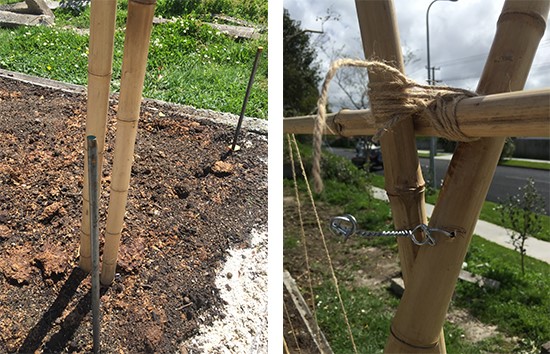 Dress the soil with some lime for this alkaline-loving crop. Lime also adds calcium which is good for cell structure in fruiting plants. Then beautiful black Italian Flat runner beans x 5 are poked into the ground evenly on one side (a week late if I was being fanatical about moon phases, but it’s better than not getting them in!). In a couple of months’ time, I’ll sow the other side to extend the harvest.

Also hilled up the potatoes which are growing like triffids. The Jersey Bennes in the middle are not quite so fast though. The comfrey dried out, so I pulled it all closer to the potato plants and covered the troughs with the plants in it with some of our leftover garden mix, leaving green bits sticking out. I’ve left the Jersey Bennes for a few more days before hilling up. Rob says it’s important not to cover them before all the chits sprout and shoot up (so as to get maximum yield). That pile of garden mix was supposed to be used to smooth out patches on the lawn, but it had much more important duties! 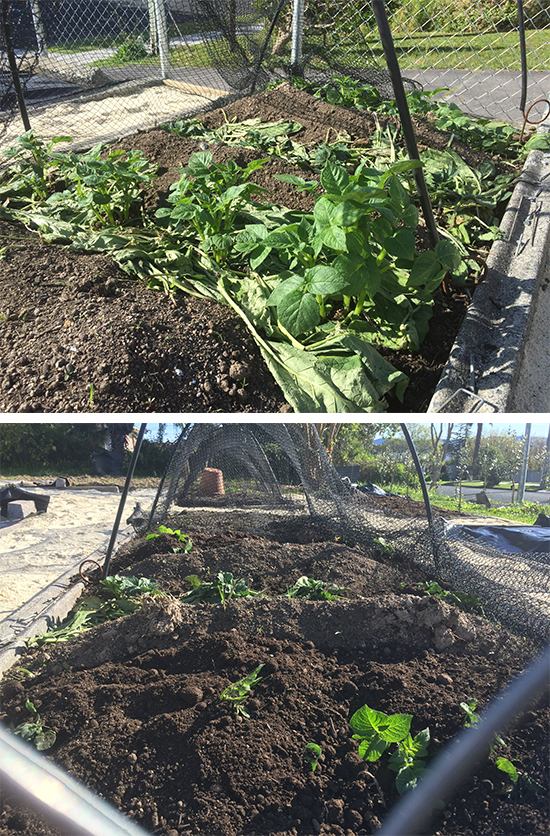