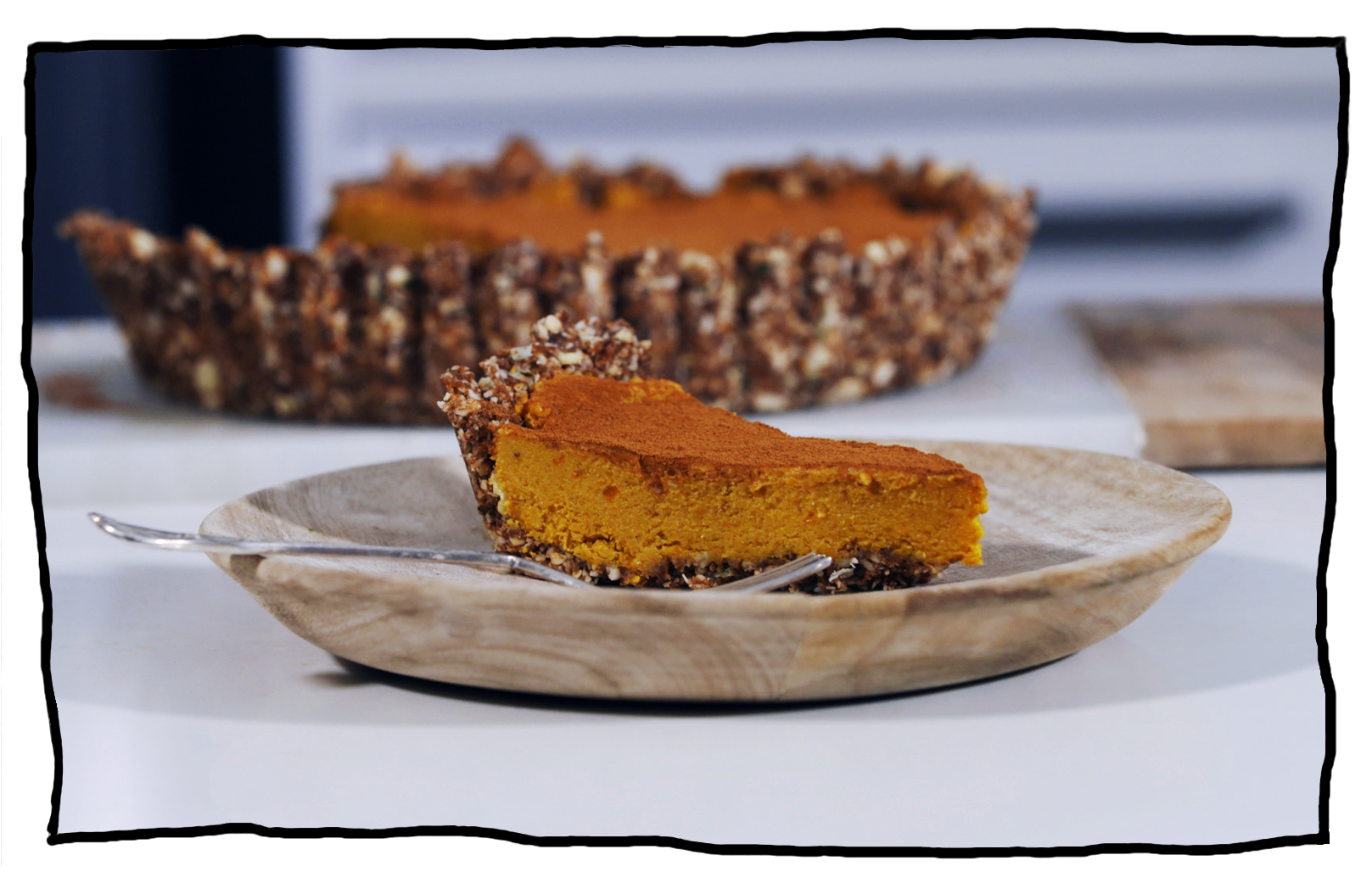 … is a plant-based chef who founded Little Bird Organics littlebirdorganics.co.nz

Here’s her recipe for…

And here’s the webisode.

This pumpkin pie has caused quite a stir lately. Sweet pumpkin pie is not a common dessert here in New Zealand, so when I said I was bringing a pumpkin pie to a dinner party, everyone assumed I was bringing a main savoury dish.
But to everyone’s surprise and delight this sweet delicious pie, which was received with a little hesitation at first, was, a few bites later, quite the talking point. It is truly delicious and I think might have even encouraged one person to go plant-based after having a piece.
This is a mostly raw dessert. When I make the totally raw version I use carrot juice and more cashews but this version with Rob’s roasted buttercup was the perfect combination of cooked and raw.

Heat your oven to 180°C.
Chop the pumpkin into four pieces and scoop out seeds, leaving skin on. Bake in the oven for 40 minutes or until golden and tender. It should be cooked all the way through.

Base:
Pit dates and blend in a food processor until nice and sticky.
Add activated almonds, pumpkin seeds, nutmeg, cinnamon, salt and coconut. Blend till the mixture is fine and holds together.
Line a 35 cm tart tin with a removable base with a plastic wrap.
Pour mixture into tart tin and press down firmly using your thumbs to create a tart shell. Wetting your hands helps you handle the sticky mixture more easily.

Filling:
Using a spoon, scoop out the flesh of the pumpkin pieces into a blender.
Pour the water off the cashew nuts and rinse. Add to the pumpkin, along with ginger juice*, cinnamon, nutmeg, vanilla essence, coconut milk, maple syrup and salt.
Blend until completely smooth, then with the motor still running, slowly pour in the coconut oil.
Pour into tart dish, smooth out the top and refrigerate for 2-3 hours before serving.
To serve, sieve cinnamon generously over the pie.

*To make ginger juice, grate ginger on the fine part of the grater. Then gather the grated ginger up in your hands and squeeze it firmly into a bowl. The juice will flow out of the ginger.

… is a naturopath and nutritionist nelliepigot.co.nz

Pumpkin is a wonderfully cheap and versatile vegetable. Sweet and substantial, it is actually very low on the glycemic index, low in calories, high in fibre and packed full of antioxidant-rich nutrients, particularly Vitamin A, Vitamin C and Vitamin E.

We generally think of pumpkin as a high starch vegetable and that’s true – 90% of its total calories come from carbohydrate and half of this carbohydrate has starch-like properties. However, not all starch is the same – the starch-related compounds in pumpkin have actually been shown to have incredible anti-diabetes and insulin-regulating properties and are extremely anti-inflammatory.

Pumpkin is from the same family as cucumber, zucchini and melon (the cucurbits) and of all of them contain the highest possible dose of Vitamin A, but pumpkins contains the most of this group. In fact it’s been shown to be one of the highest sources of carotenoids of all foods. These carotenoids are vital for the integrity of our skin and really protective against degeneration of our eyes, due to its very high flavonoid and phenol compound content.

Finally, pumpkin is a fantastically nourishing food for babies and infants. 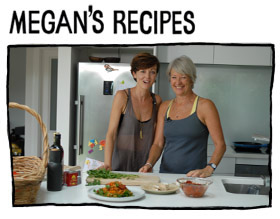