around the world, zucchini is one of the most versatile and loved veges

Zucchini belong to the cucurbit family which includes pumpkins, cucumbers and melons.

Cucurbits thrive in warm conditions and early summer is the best time to start planting.

Choose an open space with good air movement which gets all day sun. Add compost to the soil before planting to increase nutritive value and improve structure. Dig a hole, add an animal manure (chicken poo or sheep pellets), fork or spade it through, then pop the plant in and cover over. Give each plant a handful of Natures Organic Fertiliser and add more animal manure around the plants. Cucurbits are gross feeders.

Water it all in well. When the leaves grow, lift them up and mulch around the plants as this helps keep moisture in the soil. 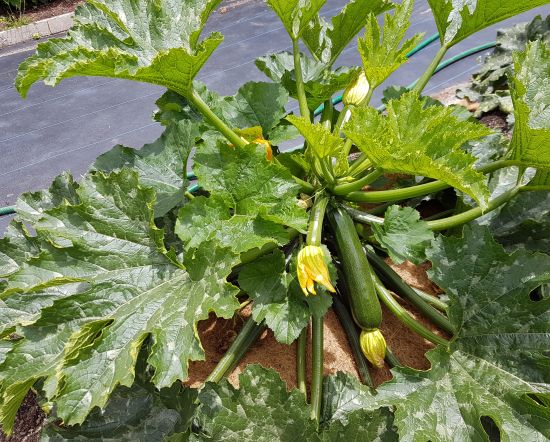 There are a huge number of zucchini varieties ranging from dark green through to striped and yellow as well as scallopini (shaped like a flying saucer).

In early summer we would choose to plant a variety like Parthenon which is parthenocarpic and that’s because in early summer there may not be enough bees around to pollinate the plants. A month or so later, when the temperatures are more stable, you can plant the open-pollinated varieties.

Plant zucchini about a metre apart, near the edge of a bed. They grow into large plants and need lots of air movement round them to reduce the likelihood of contracting fungal diseases. One plant will feed 4 people. Plants produce for 10-12 weeks, so you can plant another one about 6 weeks later to ensure a longer harvest.

Cucurbits are very easy to grow as long as you feed and water them well. Your plants could well be fruiting in 3-4 weeks. Once they start, you need to pick them regularly when they’re the right size. Overnight they can turn from a zucchini to a marrow and when this happens it sends a signal to the plant that the season is over and the plant should set seed and stop producing. 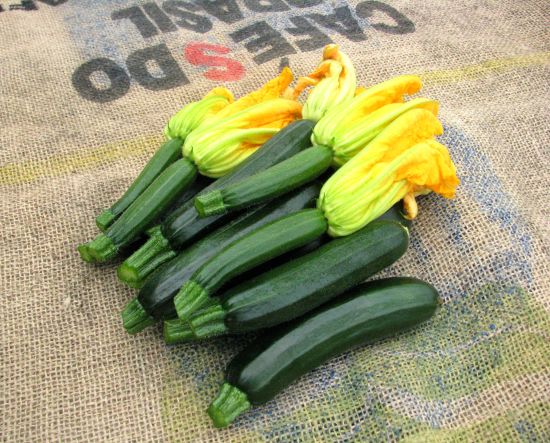 Zucchini bear prolifically, so make sure you have a pile of recipes at the ready, so you can process the abundance of produce.

Powdery mildew is a problem in humid climates. If your plants do succumb to powdery mildew OR as a preventative measure here are three ways to treat the disease (use a watering can to apply):
– Dilute milk 10 parts to 1
– Mix 1 teaspoon of baking soda to every 1 litre of water
– Dilute Flowers of Sulphur in water (as per instructions on the packet)

A dose of liquid seaweed also helps prevent powdery mildew as it alkalises the leaves of the plants.

Be vigilant for yellow and black ladybirds as they help spread powdery mildew. 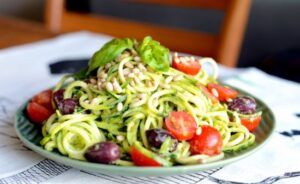 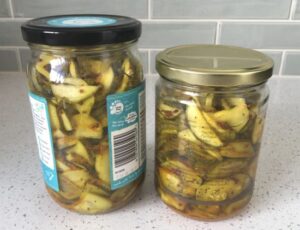