Named after the city of Brussels, Brussels sprouts were first made popular in Belgium, where they’ve been grown since about 1200.

The sprouts are buds that grow in the axils (the point where the leaf joins the stem) of each leaf. They look like tiny cabbages and are considered a type of wild cabbage. The green variety is the most commonly grown, but there are red Brussels sprouts too.

In fact frosts seem to improve the flavour of them. If you don’t get regular frosts, you’ll find it difficult to grow them well. In warmer climates you’ll get lots of growth in the tufty bit at the top and the sprouts may not develop very well. Warm temperatures will also cause the sprouts to open up and lose their firmness and the flavour of the sprout is more intense.

The two areas where Brussels sprouts are grown commercially are Ohakune and Oamaru.

As they’re a brassica they shouldn’t be planted in soil which has had other brassicas (eg cabbage, broccoli, turnips, kale, cauliflowers) grown in it within at least the last two years. This is to avoid the spread of club root disease.

Brassicas are at their best in alkaline conditions with a pH of 6.5, which is why they do well in the limestone soils of Oamaru. Alkalinity also prevents the spread of club root. Give your plot a dusting of lime in summer before you plant out your winter brassicas. And dig organic compost into the soil a few weeks before planting to help the soil’s moisture retention properties.

Sow seeds in mid-spring to late summer. Germination takes about 3-10 days. Plant out your seedlings when they are about 5-6 weeks old and about 10 cms in height. You should plan the timing of your sowing so that the seedlings are planted out about 3 months before the first frost. Plant the seedlings about 40cm apart. Add a handful of Natures Organic Fertiliser per square metre and give them a good water at the time of planting.

Brussels sprouts need lots of water during the growing period. And applications of animal manure and seaweed as the plants grow benefit all brassicas.

Brussels sprouts have a shallow root system and so care must be taken not to damage the roots when weeding.

Removing the growing tip of the plant about a month before the harvesting date will result in greater yields as the plant will divert energy from leaf growth into developing the sprouts.

Sprouts mature from the bottom of the plant upwards. Pick the sprouts when they’re about 2-2.5cm in diameter or as soon as the lower leaves on the plant start to yellow. 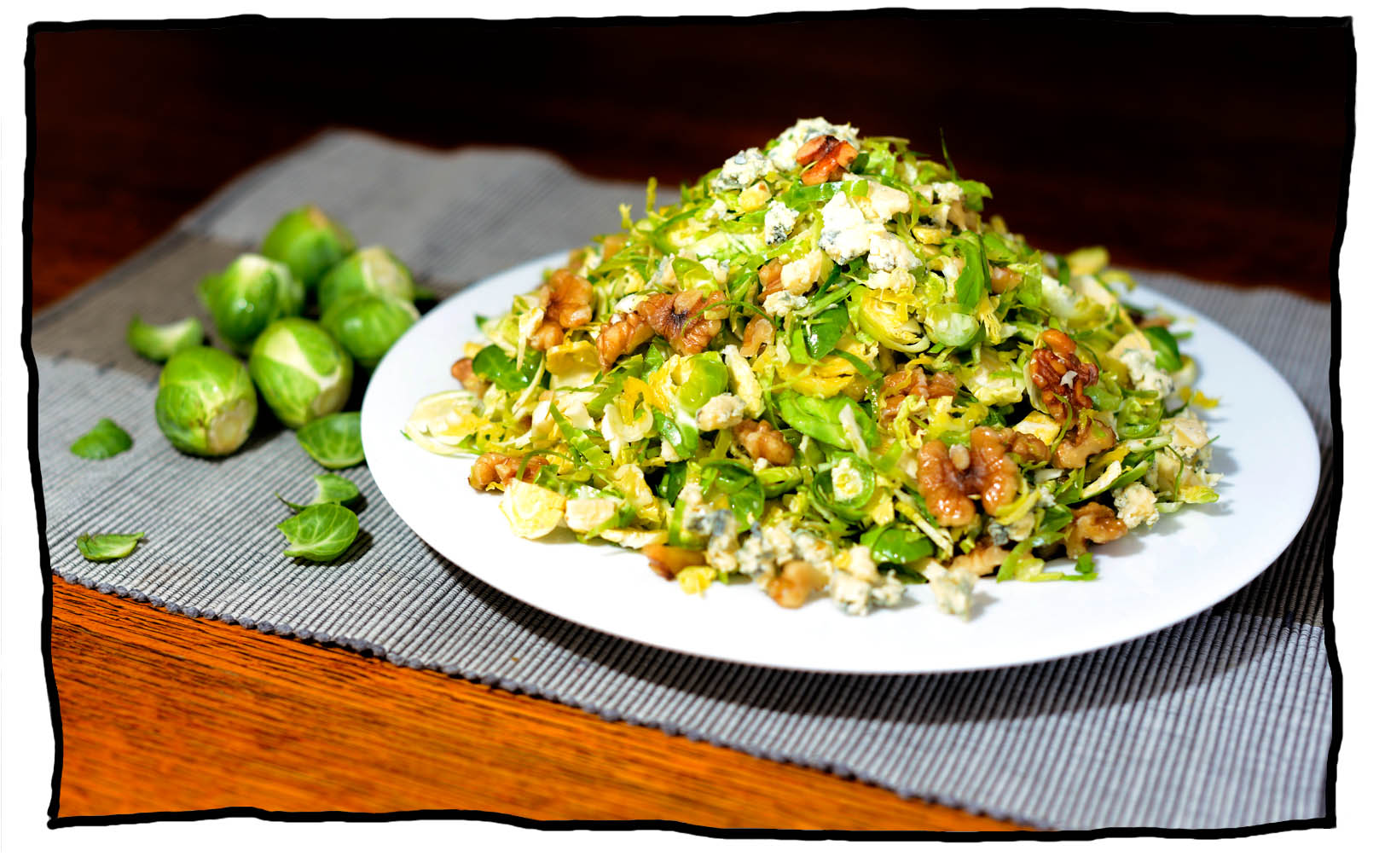 « Overcooking sprouts makes them smell like rotten eggs. With high levels of sulforaphane, sprouts should be cooked for only four to six minutes.