a versatile and popular summer vegetable

Though sweetcorn requires plenty of space to grow, it’s hard to beat the taste and tenderness when freshly-picked.

Plant on the southern side (Southern Hemisphere)/northern side (Northern Hemisphere) of the garden so the tall sweetcorn plants won’t shade out the rest of your crops, or grow sweetcorn where it’ll shade leafy greens and other plants that can’t tolerate direct summer sun.

Sweetcorn has fairly shallow roots, and it uses a lot of nitrogen and other soil nutrients. To help your crop get off to a strong start, prepare the soil first with a nitrogen-rich fertiliser such as chicken manure or compost. 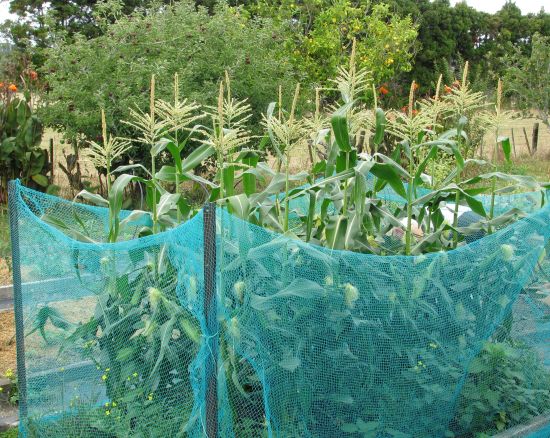 Native Americans buried fish heads in the soil before planting corn, as they contain nutrients sweetcorn needs when growing. You’ll need at least one fish head for each 30 cms of space where you grow sweetcorn. Make sure the hole is at least 15-20 cms deep, so the fish head is completely covered with soil, otherwise birds will dig them up.

Growing sweetcorn in an area that had healthy beans or peas the previous year is helpful because these legumes contribute more nitrogen to the soil.

A good rule of thumb is to sow three seeds (2-3 cms beneath the soil) for each plant you want to grow, and to thin to the strongest seedling (about 30 cms apart), since corn’s germination rate is around 75 percent. Chieftain and Max are varieties of untreated corn seed that can be sourced. Cornstalks growing with ample moisture and in well-prepared, fertile soil can be expected to produce two ears per stalk.

Sweetcorn is wind-pollinated, so a square plot is more effective than long rows and it can help you use limited space efficiently. Native Americans plant corn in hills in a square, leaving about a metre between each hill.

Sweetcorn is monoecious which means there are both male and female flowers on each corn plant. In some monoecious plants, male and female parts are in the same flower. In sweetcorn, male and female flowers are in different locations – the male flowers form a tassel which is at the top of the plant. The female flower is located at the junction of leaves and stem. It consists of a collection of hairs (silks) enclosed in the husks of what will become the ears. These silks are pollen-receiving tubes. Wind-blown pollen from the male flowers (tassel) falls on the silks below. Each silk leads to a kernel, and pollen must land on all silks for the ear to fill out completely with kernels. Kernel “skips” (ears only partly filled out with kernels) often are the result of poor pollination.

If you plant sweetcorn in a sheltered spot it may pay to shake the stalks so the pollen is easily transferred.

According to Native American legend, corn, beans, and squash are three inseparable sisters which grow and thrive together.

Sweetcorn, beans and squash also complement each other nutritionally. Sweetcorn provides carbohydrates, green beans provide vitamins and minerals and dried beans are rich in protein. Squash yields both vitamins from the fruit and healthful, delicious oil from the seeds.

After planting, keeping your sweetcorn watered is most important, especially during pollination. If corn suffers a drought then, you’ll end up with only a few kernels on each cob. Sidedress the stalks with a nitrogen-rich fertiliser (like chicken manure or sheep pellets) a month after planting your sweetcorn, then again when tassels appear. Sweetcorn also loves being fed fish fertiliser during the growing season too. A good layer of mulch between the stalks helps keep the soil moist. 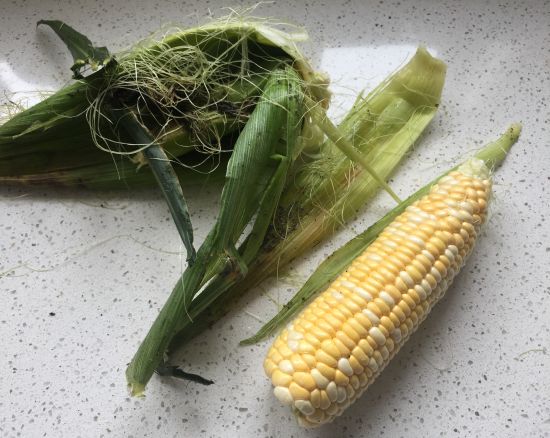 When the silks are brown and damp your corn will be ready for harvesting. Poke a fingernail into a kernel and it’s ready when the liquid that squirts out is milky. If the cob is pointed at the top it’s not yet ripe – when it becomes rounded that’s a sign it’s ready to harvest. Sweetcorn has a window of just a few days at its peak before the sugars start turning to starch. 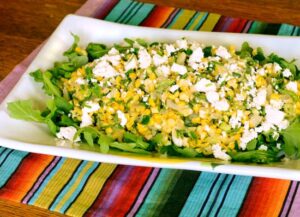