an essential ingredient in so many dishes

Citrus are native to Asia and one of the most popular trees in the home garden. Unhealthy-looking specimens are common however, because people often don’t know how to look after them. Citrus need regular feeding and attention to prevent pests and diseases.

The best time to plant a lemon tree is late winter or early spring. Choose a site that gets at least 6 hours of sunshine a day, one that is well-drained and sheltered, and plant the tree mounded high with the rootball effectively above the ground. You can find more information on how to plant a citrus tree here.

Citrus trees are gross feeders. Apply fertiliser at the time of planting and then twice a year in spring and autumn.

Always water the tree well after fertilising. Don’t put fertiliser close to the trunk or in a heap; spread it as evenly as possible to just past the drip-line of the tree. Compost and animal manures are good fertilisers. So is blood and bone but as it contains mainly nitrogen and phosphorus, add a ¼ cup of sulphate of potash to every kilo of blood and bone to make it more balanced for citrus. 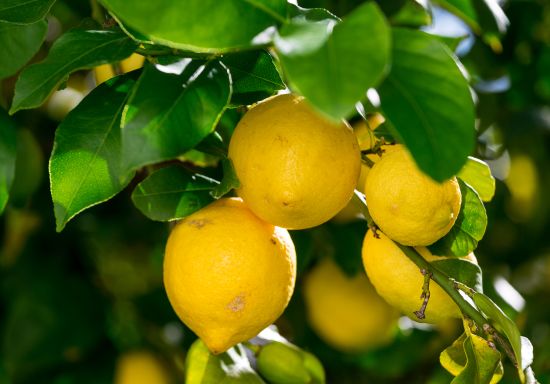 Prune after harvest and before the spring bud burst in frost-free areas. In frost-affected areas delay pruning until after the last frost. Remove dead or damaged branches, branches growing inwards and very low branches to improve air circulation. After pruning, the lower edge of the canopy should be 60-90cm clear of the ground.

The predominant pests for lemons are scale, aphids and whitefly. Scale are sap-sucking insects with small, round shells and are often found along the veins of leaves and the stems of plants. They look like small bumps and can be mistaken for part of the plant, as adults don’t move. Scale in large numbers cause leaf yellowing, leaf drop and dieback of twigs and limbs.

Some soft scales, including white wax scale and black scale, secrete large amounts of honeydew, which causes problems by sticking to the lower leaves where it is fed on by a fungus called black sooty mould.

Improving the environment for the natural predators of scale will pay off over time. Natural enemies of scale include ladybeetles, lacewings, spiders and tiny parasitoid wasps. Many beneficial insects that feed on garden pests need nectar and pollen for food during part of their lifecycle. Growing a year-round supply of suitable flowers such as Queen Anne’s lace, dill and yarrow will maintain beneficial insect populations throughout the year. Small insect-eating birds are also helpful in controlling scale. Attract them by providing safe nest sites and a constant supply of water.

Control mild infestations of thrips and aphids by spraying the tree with strong jets of water from your hose. Spraying leaves with water also removes the dust that attracts mites.

To make an oil spray you need a 1-litre spray bottle. Mix 1 tablespoon of vegetable oil to the bottle full of water, and add a few drops of detergent (use eco-friendly products), which will act as an emulsifying agent and keep the oil and water from separating. Shake well. 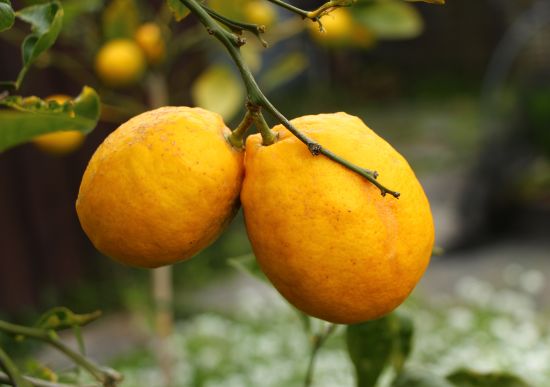 Lemons can happily be left on the tree until you need them. They don’t have to be harvested as soon as they’re ripe. The longer you leave them on the tree the more mild in taste they become. 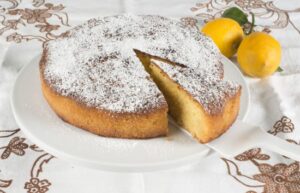 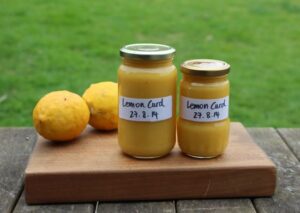